Most people believe that the robots are here to help us.

In a recent survey of 518 business professionals, 68% of the respondents indicated that reducing errors and accidents will provide the most important benefit from autonomous technology, such as self-driving cars and self-guided software.

The next-most-important benefits will be relieving people from mundane tasks (50%) and saving companies money (49%), the survey found. Oracle conducted the survey among business professionals who subscribe to its publications.

Autonomous technology is popping up in surprising places, from self-driving bulldozers to an FDA-approved application that can diagnose a vision-threatening eye ailment without a doctor. Oracle last year launched its autonomous database, which handles many tasks technologists once had to do by hand. (Read about these examples and more here.)

Where and how soon will we see autonomous tech in our everyday lives? A closer look at specific industries reveals that respondents believe that technology (72%) and manufacturing (69%) will see significant use within five years, followed by banking and transportation (61% each). Government (28%) and construction (24%) were cited least often. (Perhaps people haven’t seen those self-driving bulldozers in action.)

Despite this autonomous optimism, respondents were skeptical that self-driving cars will soon take over the roads—just 30% said self-driving cars will be common on the highway within four years. In comparison, 39% expect that tech will make diagnoses without a doctor within four years and 67% expect technology to routinely make office decisions such as expense report approvals in that time.

The respondents included a broad mix of business and technology pros from across 25 industries: IT VP/managers (25%); consultants (18%); executives (14%); and people in various other staff and manager roles, including IT, finance, HR, sales, and marketing.

See below for the full survey data.

Editorial director at Oracle. He was previously editor of InformationWeek. You can follow him on Twitter @murph_cj.

An Update On Google Cloud’s Commitments To E.U. Businesses In Light Of The New E.U.-U.S. Data Transfer Framework 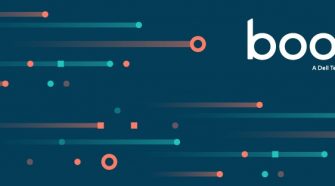 Francisco Partners And TPG To Acquire Boomi From Dell Technologies