Oracle is excited to take the next step in its ambitious regional expansion plan, with five new cloud regions. We’ve added local regions in Saudi Arabia (Jeddah), Australia (Melbourne), Japan (Osaka), Canada (Montreal), and The Netherlands (Amsterdam). As of today, all of them are open for business and available in the Oracle Cloud Console. We’ve already opened 10 cloud regions in the last six months, and with these five new regions, we now have Oracle’s Generation 2 Cloud available in 21 fully independent locations. We’re well on our way to having 36 cloud regions available by the end of 2020.

Customers have told us that to run critical systems of record in the cloud, they need to run workloads across fully independent cloud regions for disaster recovery purposes. They also told us that those multiple sites must be in the same country to meet data residency requirements. To that end, four of these new regions—Osaka, Melbourne, Montreal, and Amsterdam—give customers a second site within the same country (or, in the case of Amsterdam in the EU, a second jurisdiction paired with Oracle’s existing Frankfurt region). The fifth region, in Saudi Arabia, will be joined by a second region later this year.

Oracle plans to put a minimum of two regions in almost every country where we operate, and these new regions mark a big step toward this goal. The United Kingdom, the United Arab Emirates, South Korea, India, and Brazil will also have two regions live by the end of 2020.

Oracle Cloud has grown dramatically over the last several years. We built out our first two Gen 2 Cloud regions in the US, followed quickly by regions in London and Frankfurt. Since then, we’ve developed an approach that supports our plan to quickly meet enterprise requirements around the world. We’ve automated every step of the region building process, which lets us expand rapidly without sacrificing quality or consistency. In fact, each new region exists because of significant demand for Oracle Cloud from the leading enterprises in those countries.

Impact in Our Latest Regions

We’re seeing the impacts of these rapid launches worldwide, especially in the countries where we’ve built our newest regions. Japan has some of the fastest adoption patterns of any new Oracle Cloud region, with all 10 of the largest Japanese companies today using Oracle Cloud. The availability of a second region in Osaka will make it easier for customers to deploy critical systems of record in an optimized cloud, without being forced to store their data outside of Japan.

We’re similarly delighted to be serving the larger Middle East region, where 87% of the top companies by revenue use Oracle, and 54% already use Oracle Cloud. The first region, in Jeddah, will be followed this year by a second region in Saudi Arabia, as well as two regions in UAE. These represent Oracle’s first forays into the Gulf with Generation 2 Cloud regions, a part of the world that’s been underserved by other cloud vendors. Oracle is the first public cloud vendor with a region in Saudi Arabia.

Melbourne represents the second Oracle Cloud region in Australia. We’ve seen significant adoption since the first region went live in Sydney in August 2019. Today, all 10 of the top enterprises in Australia use Oracle Cloud, and we expect that the in-country resiliency options provided by this second region will deepen our relationships with that business community. Given the long distances between Australia and its nearest neighbors, the second region there will solve for compliance and for the latency penalty associated with moving data long distances.

Our Toronto region went live in January 2019. It represented the first region in the expansion plan that is taking Oracle Cloud worldwide. Since then, we’ve seen some of the biggest names in the Canadian economy take advantage of the performance, reliability, and scale of Oracle’s Generation 2 Cloud platform to power their systems of record. We’re delighted to give Canada a second region, which will let organizations build disaster-resilient solutions that meet the stringent data residency requirements in Canada. We’re excited to see added momentum from the second region that’s now available in Montreal.

Finally, our Amsterdam region represents our fourth independent region in Europe. We currently offer two regions in the UK, one for commercial use and one for government, as well as a commercial region in Zurich. In the EU, we now have a pair of regions, in Amsterdam and Frankfurt, that give European companies and multinational organizations options to conduct business effectively while navigating the compliance hurdles that guide their day-to-day operations.

Next Assess Your Servers With A CSV Import Into Azure Migrate

Some Beans And Gems, Some Snakes And Elephants, With Java 17, Ruby 3, Python 3.10 And PHP 8.1 In App Engine And Cloud Functions

What Is Cloud CDN And How Does It Work? 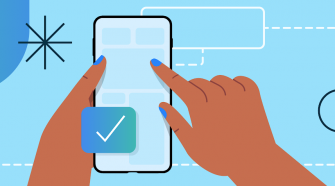