Amazon announced an expansion of the company’s workforce in Santa Barbara, California and plans to create 150 additional tech jobs in the city. With plans to double its workforce, the company has opened a new 48,000 square foot office for Alexa tech teams located in downtown Santa Barbara. Amazon has created more than 45,000 full-time jobs in California since 2010 and invested over $34.5 billion in the state, including infrastructure and compensation to our employees.

“We have been able to hire great talent in Santa Barbara and look forward to doubling our workforce here,” said Kevin Davis, Site Lead of Amazon’s Santa Barbara office. “Santa Barbara is an incredibly welcoming city with a high quality of life and innovative culture – and we’re excited to create more jobs, and continue to invest locally in the community.”

“We welcome a new Amazon office in downtown Santa Barbara, adding to the mix of innovative, technology companies in our region. We encourage their employees to participate in community events and enjoy the amenities of local restaurants, shopping, and arts and culture,” said Cathy Murillo, Mayor of Santa Barbara.

The tech teams based in Santa Barbara help Alexa get even smarter every day, developing new ways to power Alexa’s factual knowledge in devices such as Amazon Echo and Fire TV. The Santa Barbara-based teams work with scientists in Amazon’s Development Center in Cambridge, England in this effort. Amazon currently has dozens of open roles located in Santa Barbara, including Software and Data Engineers, Knowledge Engineers, Data Scientists, Machine Learning Associates, Product Managers, and more.

Since 2010, Amazon has created more than 45,000 full-time jobs and invested over $34.5 billion in California, from customer fulfillment and cloud infrastructure to research facilities and compensation to our employees. The company estimates that these direct investments in the state contributed an additional $25.8 billion to California’s economy and generated an additional 100,000 indirect jobs on top of the company’s direct hires. There are also more than 338,000 small and medium-sized businesses, developers and authors growing their businesses with Amazon products and services in California.

Amazon has been recognized on LinkedIn’s Top Companies list for the past four years, ranked #2 in the Fortune 2017 and 2018 World’s Most Admired Companies, and ranked #5 in Fast Company’s World’s Most Innovative Companies. The company also receives a perfect score from the Human Rights Campaign Corporate Equality Index. Amazon offers a wide range of programs to equip employees with the skills for new, in-demand jobs — from paid cloud computing apprenticeships, to Amazon Technical Academy to its innovative Career Choice initiative, which prepays 95 percent of the cost of tuition to pursue continuing education courses in in-demand fields, regardless of whether the skills are relevant to a career at Amazon. All these program are part of Upskilling 2025, a $700 million commitment by Amazon looking to support all employees in gaining critical skills to move into higher skill, better paying, technical or non-technical roles.

Find Files And Directories On Linux With The Find Command

FireEye Announces Plans To Relaunch As Mandiant, Inc. At Cyber Defense Summit 2021 And Trade On Nasdaq As MNDT 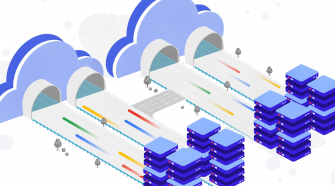 Cloud Migration: What You Need To Know (And Where To Find It)