Apple recorded its highest ever quarterly revenue, with the demand for iPhone 11 and iPhone 11 Pros driving the surge, according to the company’s Q1 2020 report.

A consistent source of strength 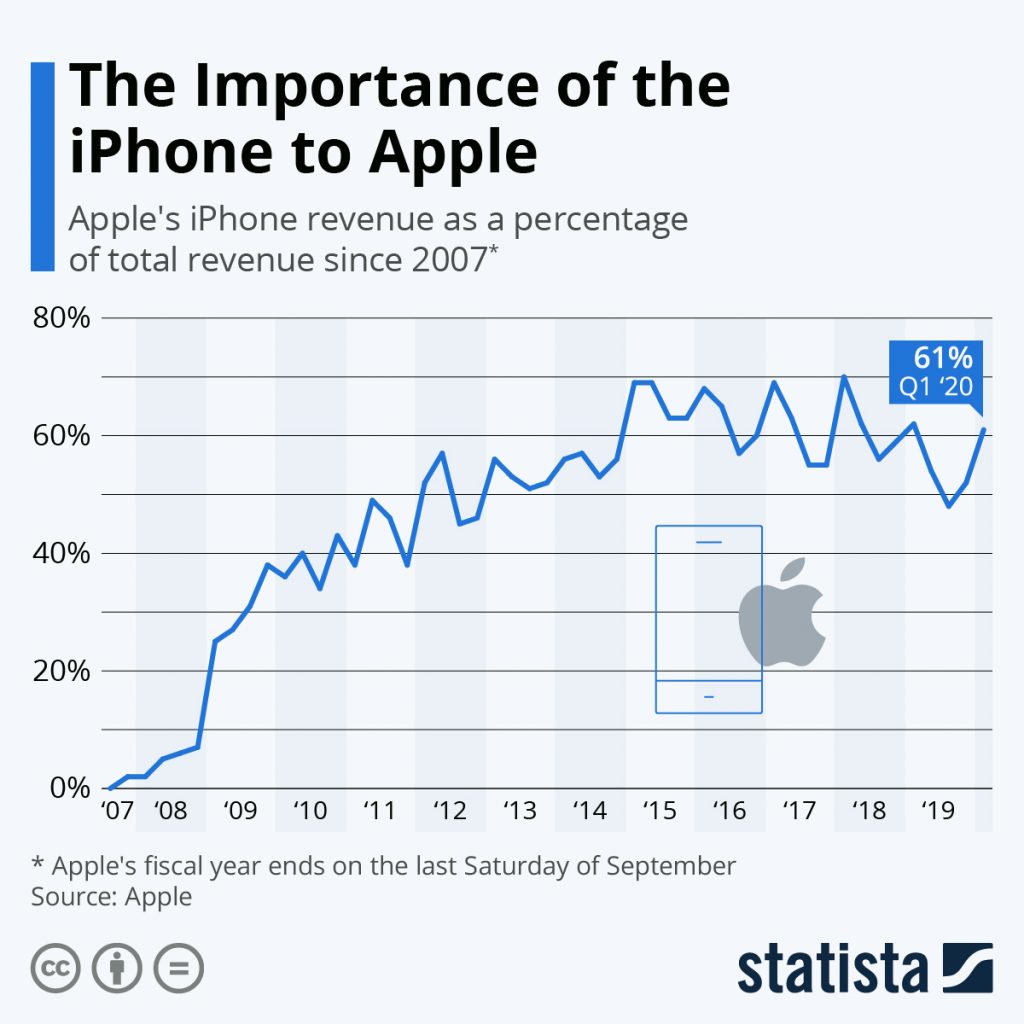 Apple’s quarterly revenue for the fiscal 2020 first quarter soared at US$ 91.8 billion, the highest ever quarterly revenue recorded. This also translates to an increase of 9 percent from the same quarter in the preceding year.

According to Apple CEO Tim Cook, this achievement was made possible by the immense demand for their recently released iPhone 11 line of smartphones.

“We are thrilled to report Apple’s highest quarterly revenue ever, fueled by strong demand for our iPhone 11 and iPhone 11 Pro models,” Cook said.

The breakdown of the net sales per category is as follows:

Apart from having the highest recorded revenue in this quarter, Apple also has gained the highest net income record.

For almost the entirety of its lifespan, the iPhone has been a major driver of revenue to the company. However, in recent years, the smartphone line suffered from increased competition.

Apple recently hit a seven-year low back in Q3 2019. Afterwards, the company rose back in Q4 2019, which is the holiday season.

“During the holiday quarter our active installed base of devices grew in each of our geographic segments and has now reached over 1.5 billion. We see this as a powerful testament to the satisfaction, engagement and loyalty of our customers — and a great driver of our growth across the board,” Cook said.

This growth in the international segment mentioned by Cook is quite significant since international sales were reported to account for 61% of the revenue for the quarter.

Now with record-breaking figures, Apple has shown that it really is on its way to regaining its glory.

For the second quarter of 2020, Apple provided the following figures as guidance:

Meanwhile, the company’s board of directors also declared a cash dividend of $0.77 per share of Apple’s common stock which is payable on 13 February to shareholders of record as of the close of business on 10 February.

If you are interested, you can view the condensed version of Apple’s consolidated statement of operations here.