“EdgeX Foundry is committed to developing an open IoT platform for edge-related applications and shows no signs of slowing down the momentum,” said Arpit Joshipura, general manager, Networking, Edge and IoT, the Linux Foundation. “As one of the Stage 3 projects under LF Edge, EdgeX Foundry is a clear example of how member collaboration and diversity are the keys to creating an interoperable open source framework across IoT, Enterprise, Cloud and Telco Edge.”

Launched in April 2017, and now part of the LF Edge umbrella, EdgeX Foundry is an open source, loosely-coupled microservices framework that provides the choice to plug and play from a growing ecosystem of available third-party offerings or to augment proprietary innovations. With a focus on the IoT Edge, EdgeX simplifies the process to design, develop and deploy solutions across industrial, enterprise, and consumer applications.

Currently, there are more than 170 unique contributors to the project and EdgeX Foundry averages one million container downloads a month, with a total of 5 million reached last month, and rising.

“The massive volume of devices coming online represents a huge opportunity for innovation and is making edge computing a necessity,” said Keith Steele, EdgeX Foundry Chair of the Technical Steering Committee. “With at least 50% of data being stored, processed and analyzed at the edge we need an open, cloud-native edge ecosystem enabled by EdgeX to minimize reinvention and facilitate building and deploying distributed, interoperable applications from the edge to the cloud. In 3 short years, EdgeX has achieved incredible global momentum and is now being designed into IOT systems and product roadmaps.”

Launched last month, Open Horizon is a platform for managing the service software lifecycle of containerized workloads and related machine learning assets. Open Horizon is building an integration project that will demonstrate delivery and management of EdgeX Foundry as a containerized solution in stages, beginning with a single deployable unit and then progressing to a more modular set of services and alternate delivery targets.

Support from Contributing Members and Users of EdgeX Foundry:

“To further enhance use in production environments, EdgeX Foundry’s Geneva release brings simplified deployments and improved security,” said Tony Espy, Technical Architect at Canonical. “With EdgeX available as a snap, this aligns to the fundamentals of snaps’ core principles which allow developers to benefit from confinement and transactional updates to ensure deployments are secure and with minimal need for manual intervention. As the EdgeX ecosystem continues to see strong traction, we look forward to continuing our contribution to building an open, interoperable framework for edge computing.”

“With the evolution of IoT and edge computing, there is a growing realization to deploy and run compute engines near the data source in a truly globally distributed manner. This architecture requires running intelligent AI-based functionality at the edge while processing a significant amount of data at high-throughput and low latency on small form-factor devices,” said Yiftach Shoolman, CTO and co-founder at Redis Labs. “EdgeX Foundry with Redis as the primary data store provides an open-source data platform to meet these expectations by combining in-memory data processing with modern data-models, and can be extended with a serverless engine and AI-serving platform.”

For more information about LF Edge and its projects, visit https://www.lfedge.org/

Founded in 2000, the Linux Foundation is supported by more than 1,000 members and is the world’s leading home for collaboration on open source software, open standards, open data, and open hardware. Linux Foundation’s projects are critical to the world’s infrastructure including Linux, Kubernetes, Node.js, and more.  The Linux Foundation’s methodology focuses on leveraging best practices and addressing the needs of contributors, users and solution providers to create sustainable models for open collaboration. For more information, please visit us at linuxfoundation.org.

PyCon 2019 | Getting started with Kubernetes and container orchestration

Unilever, Microsoft, Brooks, Neste, and ITV Are Among 13 More Companies To Join The Climate Pledge

Find Files And Directories On Linux With The Find Command

FireEye Announces Plans To Relaunch As Mandiant, Inc. At Cyber Defense Summit 2021 And Trade On Nasdaq As MNDT 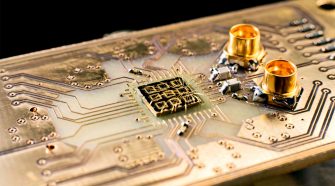