RIKEN, the owner of the world’s fastest high-performance computing (HPC) supercomputer, Fugaku, has chosen Oracle Cloud as the public cloud provider for its elastic HPC storage and to enable universities and research organizations to connect securely and at low cost through Science Information Network (SINET). Oracle was chosen because of its superior performance, enterprise-grade security, and elastic storage resources as part of the ongoing initiative to promote wider use of the supercomputer.

Performing at 415 quadrillion computations a second, or 415 petaFLOPS, Fugaku placed first in the Top500 in June 2020. The Top500 ranks supercomputers based on their processing speed and performance of computing power. Aptly named after Mt. Fuji, Fugaku’s world record-breaking high performance distanced itself far ahead of competitors by achieving approximately 2.8 times more calculations per second than the runner up.

Also, Oracle Cloud Infrastructure’s FastConnect, a dedicated, private network connection service, allows inbound and outbound bandwidth charges at no extra cost, while using its enterprise-grade reliability and scalability. Research projects where data may extend well into petabytes can use Oracle Cloud Infrastructure’s high-performance computing and storage resources without having to worry about the massive data transfer cost and run the workloads with predictable low costs.

Oracle Cloud Infrastructure is the only IaaS cloud provider to guarantee performance and manageability with service license agreements.

To further expand Fugaku’s adoption into various industries, RIKEN has launched a joint project with collaborative research partners, including Altair Engineering, HPC Systems, Co., Ltd, and Foundation for Computational Science. This project aims to drive Fugaku’s cloud-based usage services that use the computational resources of Fugaku with Oracle Cloud Infrastructure. Oracle Japan is working closely with RIKEN and its collaborative research partners in Fugaku’s domestic and oversea adoption expansion efforts.

Getting To Know RecyclerView

Cloud Run For Anthos Brings Eventing To Your Kubernetes Microservices

Kubernetes: When You Need It And How to Scale It

All Developers Will Get The New Google Play Console On November 2, 2020 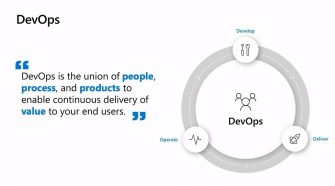