Developer Tips And Guides: Common Policy Violations And How You Can Avoid Them

At Google Play, we want to foster an ecosystem of safe, engaging, useful, and entertaining apps used and loved by billions of Android users worldwide. That’s why we regularly update and revise our Google Play Developer Policies and Developer Distribution Agreement, detailing the boundaries of app content and functionalities allowed on the platform, as well as providing latest guidance on how developers can promote and monetize apps.

In recent efforts in analyzing apps for policy compliance on Google Play we identified some common mistakes and violations that developers make, and we’re sharing these with the developer community with tips and guides on how to avoid them, mitigating the risks of apps and developer accounts being suspended for violating our policies.

One of the most common mistakes we see are apps that have buttons and menus that link out to the Play Store — either to apps by the same developer, or other apps that may be affiliated with the developer, but not being clear that these are ads or promotional links. Without this clarity, apps may get enforced for having deceptive / disguised ads. One of the ways to avoid such mistakes is by explicitly calling these out by labeling the buttons and links as ‘More Apps’, ‘More Games’, ‘Explore’, ‘Check out our other apps’, etc.

Another mistake we frequently observe is where developers ‘stuff’ keywords in the app description in hope for better discoverability and ranking against certain keywords and phrases. Text blocks or lists that contain repetitive or unrelated keywords or references violate our Store Listing and Promotion policy. Writing a clear app description intended and optimized for user’s readability and understanding is one of the best ways to avoid this violation.

Watch this video to learn how to avoid spammy store listings and efforts to artificially boost app visibility.

There are apps that have been published by the developers a long time ago, and are no longer being maintained. Abandoned and unmaintained apps often create user experience issues — broken app functionality, for example. Not only are such apps at risk of getting a low star rating and negative user reviews, they will also be flagged as violating the minimum functionality policy. To mitigate the negative impact to the developer reputation and app enforcement, consider unpublishing such apps from the Play Store. Note the updated unpublish action won’t affect existing users who already installed the app, and developers can always choose to re-publish them after addressing the broken experiences.

Lastly, we observe a large volume of app submissions that are just webviews of existing websites. Most of these apps are submitted with a primary purpose of driving traffic rather than providing engaging app experiences to Android users. Such apps are considered webview spam, and are removed from Play. Instead, consider thinking through what users can do or do better with the app than in a web experience and implement relevant features and functionalities that enrich the user experience.

While the above are one of the most frequent mistakes, make sure to stay up to date with the latest policies by visiting the Play Developer Policy Center. Check out Google Play Academy’s Policy training, including our new Spam courses, and watch our Play PolicyBytes videos to learn more about recent policy updates.

Previous Kubernetes 1.19: The Future Of Traffic Ingress And Routing

Digging Your Own Digital Grave: How Should You Manage The Data You Leave Behind? 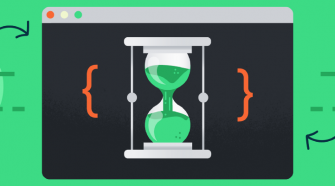