Take advantage of all of the powers the almighty Linux command line has to offer.

The Linux command line provides a great deal of flexibility. Whether you are managing a server or launching a terminal window on a desktop system, the command line brings with it an extensive toolkit to update files, tweak system performance, and manage processes. The command line is where it’s at.

Bash is the default command line shell on most Linux systems. Seth Kenlon wrote this guide to help you with your Bash history. Manipulating history is usually less dangerous than it sounds, especially when you’re curating it with a purpose in mind. Tell Bash what you want it to remember—or even rewrite history by deleting entries you don’t want or need. Use your history sessions as required, and exercise your power over history wisely.

How I balance features and performance in my Linux terminal

Ricardo Gerardi is a big fan of command line applications and spends a lot of his time working in a terminal. Ricardo invested some time to make the command line a pleasant environment to work in. Learn how to customize terminal apps, themes, and the prompt to create a feature-rich terminal that’s easy on system resources.

Drop Bash for the fish shell to get beautiful defaults

Matt Broberg recently let go of the default command line interpreter, Bash, in favor of fish, which proudly markets itself as “a command line shell for the ’90s.” The fish-themed “friendly interactive shell” creates a more enjoyable experience on the command line. Read Matt’s article to learn more about how to get the most out of fish. If you’re looking to move away from tinkering with your terminal, focus more on code, and have a more beautiful default shell, give fish a try.

We work with binaries daily, yet we understand so little about them. Linux provides a rich set of tools that makes analyzing binaries a breeze! These simple commands and tools can help you sail through the task of analyzing binary files. Whatever your job role, knowing the basics about these tools will help you understand your Linux system better. Gaurav Kamathe covers some of the most popular Linux tools and commands to manage binaries, including file, nm, strings, and hexdump.

When it comes to working with files formatted with Markdown, command line tools rule the roost. They’re light, fast, powerful, and flexible, and most of them follow the Unix philosophy of doing one thing well. Scott Nesbitt reviews four command line utilities that can help you work more efficiently with Markdown files.

Whenever I upgrade Linux on my home computer, I have a list of tasks I usually do. They’ve become habits over the years: I back up my files, wipe the system, reinstall from scratch, restore my files, then reinstall my favorite extra applications. I also make a few system tweaks. One tweak is atime, which is one of the three timestamps on every file on Linux. Turning off atime is a small but effective way to improve system performance. Here’s what it is and why it matters.

Extend the life of your SSD drive with fstrim

Over the past decade, solid-state drives (SSD) have brought about a new way of managing storage. SSDs have benefits like silent and cooler operation and a faster interface spec, compared to their elder spinning ancestors. Of course, new technology brings with it new methods of maintenance and management. Alan Formy-Duval wrote about a new systemd service to make your life easier when managing SSDs.

In our daily use of Linux/Unix systems, we use many command line tools to complete our work, and to help us understand and manage our systems better. Over the years, these tools have been modernized and ported to different systems. However, in general, they still follow their original idea, look, and feel. In recent years, the open source community has developed alternative tools that offer additional benefits. Ricardo Gerardi shows us how to gain new benefits by improving old command line tools with these five updated alternatives.

Use these articles as a springboard to finding your own tips and tricks for the command line. Is there something missing from this list? Comment below, or better yet, submit an article of your own!

Next As COVID-19 Hits Displaced And Conflict-Affected People, Norwegian Refugee Council And Twilio Join Forces To Transform Communications And Accelerate Humanitarian Aid During The Pandemic

The Intersection Of Terraform And Kubernetes 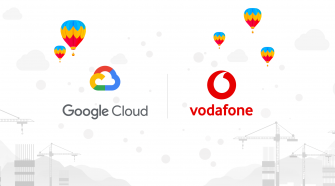