Coders Behind Bars: The Prisoners Training For Future Tech Jobs

As many as 149 million new technology jobs could be created within the next five years. Anyone with IT skills could soon find themselves even more in demand on the jobs market.

While that could be great news for anyone seeking employment, there will be a challenge filling all the vacancies. So some organizations are turning to an unexpected source of potential employees – prison inmates and convicts.

Unemployment among former inmates in the US is five times higher than for the general population, according to Amazon Web Services (AWS). The company is involved in Justice Through Code, a project to bring coding qualifications to the convicted from Columbia University’s Center for Justice and The Tamer Center for Social Enterprise at Columbia Business School.

“We know that skills training can unlock meaningful opportunities for people, and are proud to support this program that is having such a positive impact on people’s lives and working to change perceptions around returning citizens,” AWS’s social impact lead Maggie Carter says, writing on the company’s website.

The leading cause for this uptick in tech jobs, of course, is the Fourth Industrial Revolution, as automation, AI and other digital technologies become more commonplace. The uptake of automation by businesses has been accelerated by the COVID-19 pandemic, too. Around 40 million US jobs were lost in the early stages of the crisis, with an estimated 42% believed to be gone for good.

While the Fourth Industrial Revolution is increasing the pressure to get more tech-skilled people into the global workforce, the idea of including former prisoners in the tech sector isn’t a recent phenomenon. Back in 1998, the UK experimented with training a cohort of inmates to help limit the expected problems of the so-called Millennium Bug.

In California, a programme called the Last Mile has been running training classes in a range of tech competencies since 2016 – in San Quentin State Prison. It also runs courses in other correctional facilities across the state. While, the project says, the recidivism rate for California is 55%, no one who has gone through the Last Mile programme has reoffended so far.

In France, prisoners are able to take classes in a range of subjects, including technology, while in Finland, all inmates have access to a training course called Elements of AI.

And in India, women incarcerated in Bhopal Central Jail are offered computing courses run through the Bhopal School of Social Sciences. Speaking to the Times of India in 2017, Dinesh Nargave, superintendent of Bhopal Central Jail, said low rates of literacy were sometimes a barrier to participation. 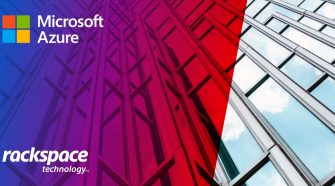