Kubernetes – Bridging The Gap between 5G And Intelligent Edge Computing

In the era of digital transformation, the 5G network is a leap forward. But frankly, the tall promises of the 5G network are cornering the edge computing technology to democratize data at a granular level. To add to the vows, 5G also demands that edge computing enhances performance and latency while slashing the cost. Kubernetes – an open-source container-orchestration is a dealmaker between 5G and edge computing.

In this blog, you will read:

A decade defined by the cloud

What oil is to the automobile industry, the cloud is to Information Technology (IT) industry. Cloud revolutionized the tech space by making data available at your fingertips. Amazon’s Elastic Compute Cloud (EC2) planted the seed of the cloud somewhere in the early 2000s. Google Cloud and Microsoft Azure followed this. However, the real growth of cloud technology skyrocketed only after 2010-2012.

The legend of cloud-native Containers

Cloud-native container tech is making a noteworthy contribution to the future growth of the cloud-native ecosystem. It is playing a more significant role in enabling capabilities of the 5G architecture in real-time. With container-focused web services, 5G network companies can achieve resource isolation and reproducibility to drive resiliency and faster deployment. Containers make the process of deployment less intricate, which powers the 5G infrastructure to scale data requirements spanning cloud networks. Organizations can leverage Containers to process data and compute it on a massive scale.

The fire of cloud-native is ignited in the telecom sector. The coming decade – 2021-2030, will witness it spread like wildfire.

The rise of the Container Network Functions (CNFs)

We witnessed the rise of Container Network Functions (CNFs), while network providers were using containers with VMware and virtual network functions (VNF). CNFs are functions of a network that can run on Kubernetes across multi-cloud and/or hybrid cloud infrastructure. CNFs are ultra-lightweight compared to VNFs, which traditionally operate in the VMware environment. This makes CNFs super portable and scalable. But, the underlining factor in the CNF architecture is that it is deployable over a bare metal server that brings down the cost dramatically.

5G – the next wave in the telecom sector promises to offer next-gen services entailing automation, elasticity, and transparency. Looking at the requirement micro-segmented architectures, VNF (VMware environment) would not be an ideal choice for 5G providers. Logically, the adoption of CNFs is a natural step forward. Of course, doing away entirely with VMware isn’t anytime on the board. Therefore, a hybrid model of VNF and CNF sounds good.

Recently, Intel, in collaboration with Red Hat, created a cloud-based onboarding service and test bed to conflate CNF (containerized environment) and VNF (VMware environment). The test bed is expected to enhance compatibility between CNF and VNF and slash the deployment time. The architecture looks like the image below.

Edge computing must reinvent the wheel

Multiple devices generate a massive amount of data concurrently. To enable cloud centers to process such data is a herculean task. Edge computing architecture puts infrastructure close to data devices within a distributed environment that results in faster response time and lower latency. Edge computing’s local processing of data simplifies the process and reduces the overall costs. Edge computing has been working as a catalyst for the telecommunication industry to date. However, with 5G in the picture, the boundaries are all set to push.

The rising popularity of the 5G network is putting a thrust on intuitive experiences in real-time. 5G catapults the speed of the broadband by up to 10x and plummets the device density by around a million devices/sq.km. For this, 5G requires ultra-low latency, which can be created by a digital infrastructure powered by edge computing.

Honestly, edge computing must start flapping its wings for the success of the 5G network. It must ensure

Kubernetes – powering 5G at the edge

“Kubernetes (K8s) is an open-source system for automating deployment, scaling, and management of containerized applications. It groups containers that make up an application into logical units for easy management and discovery.” Kubernetes.io

Kubernetes streamlines the underlying compute spanning distributed environment and imparts consistency at the edge. Kubernetes helps network providers maximize the value of Containers at the edge by automation and swift deployment with a broader security blanket. Kubernetes for edge computing will eliminate most of the labor-intensive workloads, thereby, driving better productivity and quality.

Kubernetes has an unquestionable role to play in unleashing the commercial value of 5G, at least for now. The only alternative to Kubernetes is VMware, which does not make the cut due to space and cost issues. Kubernetes architecture has proved to accelerate the automation of mission-critical workloads and reduce the overall cost of 5G deployment.

Last year, AT&T signed an eight-figure and multi-year deal with Mirantis to roll out 5G leveraging OpenStack and Kubernetes. Ryan Van Wyk, AT&T Associate VP of the Network, had quoted, “There really isn’t much of an alternative. Your alternative is VMware. We’ve done the assessments, and VMware doesn’t check boxes we need.”

KubeEdge – giving an edge to Kubernetes

KubeEdge is an open-source project built on Kubernetes. The latest version, KubeEdge v1.3, hones the capabilities of Kubernetes to power intelligent orchestration of containerized application at the edge. KubeEdge streamlines communication between edge and cloud data center by infrastructure support for network, app. deployment, and metadata. The best part is that it allows coders to create a customized logic script to enable resource-constrained device communication at the edge.

Gartner quotes, “Around 10 percent of enterprise-generated data is created and processed outside a traditional centralized data center or cloud. By 2025, this figure will reach 75 percent.”

The proliferation of devices due to IoT, Big Data, and AI will generate data of mammoth amount. For the success of 5G, it is essential that edge computing handles these complex workloads and maintains data elasticity. Therefore, Kubernetes will be the functional backbone of edge computing imparting resiliency in orchestrating containerized applications.

Previous Building The Future Of Work With Google Workspace

Next Defining Boundaries And Interfaces In Software Development

How Linux Came To The Mainframe

11 Surprising Ways You Use Linux Every Day 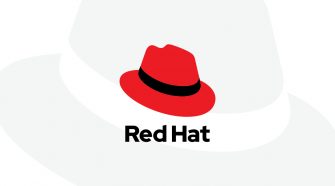