Which Technologies Will Dominate In 2022?

Predicting the future is hard and risky. But predicting the future in the computer industry is even harder and riskier due to dramatic changes in technology and limitless challenges to innovation. At the beginning of my term as 2014 president of IEEE Computer Society, with help from more than a dozen technology leaders, we set out to survey 23 potential technologies that could change the landscape of computer science and industry by the year 2022.

With the IEEE CS 2022 Report, we created a comprehensive document that outlines future disruptive technologies, helps scientists and researchers understand the impact of technologies in the future, and provides the general public with an idea of how technology is evolving, along with its implications for society.

At the foundation of the report is our understanding that by 2022, we will be well into a phase where intelligence becomes seamless and ubiquitous to those who can afford and use state-of-the-art information technology. At the heart of the “seamless intelligence” revolution is seamless networking, where the transition from one network device to another is transparent and uninterrupted.

To achieve seamlessness and realize logical end-to-end connectivity, we’ll need communications to run independently on top of any form of physical networking, regardless of device or location.

Through virtualized end-to-end connectivity, total integration of all the ecosystem devices that cater to our specific needs can be achieved. This new world will require sophisticated intelligent coordination software; voice, image, and motion recognition will transform human-computer interfaces into a seamless interaction between the user and all the computing devices in that person’s life.

In the future that we envision, multicore will allow us to recharge our smartphones just once a month. The Internet of Things will let us dress in clothes that monitor all our activities. Nanotechnology will enable lives to be saved by digestible cameras and machines made from particles 50,000 times as small as a human hair. And amid the exponential growth of large data repositories will be increasing concerns about balancing convenience and privacy.

The potential for quantum computing is staggering since it’s constrained only by the laws of physics. Universal memory replacements for DRAM will cause a tectonic shift in architectures and software. 3D printing will create a revolution in fabrication, with many opportunities to produce designs that would have been prohibitively expensive.

We predict that machine learning will play an increasingly important role in our lives, whether by ranking search results, recommending products, or building better models of the environment. And medical robotics will lead to many lifesaving innovations, from autonomous delivery of hospital supplies to telemedicine and advanced prostheses.

With energy consumption increasing along with the world’s population, electric cars, LEDs, smart grids, smart cities, dark silicon, new battery technology, and new ways of cooling data centers are some areas where advances in sustainability are expected. Silicon photonics will address bandwidth, latency, and energy challenges, and developments at all levels of the network stack will continue to drive research and the Internet economy. In the area of software-defined networks, OpenFlow and SDN will make networks more secure, transparent, flexible, and functional.

Read the report here and share your thoughts: Which technologies do you think will dominate in 2022?

This article is republished from Wired by Dejan Milojicic is President of the IEEE Computer Society, and founding Editor-in-Chief of IEEE ComputingNow.

Previous Jython: The Love Child of Python and Java

Next Intel Collaborates With Microsoft Against Cryptojacking 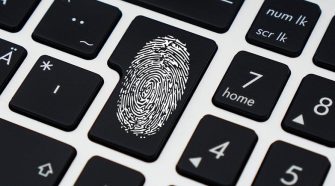 Passwords Should Become A Thing Of The Past. Here’s Why