Alibaba Cloud, the digital technology and intelligence backbone of Alibaba Group, has been named a Function-as-a-Service (FaaS) leader in The Forrester Wave™: Function-As-A-Service Platforms, Q1 2021 report. According to the report, FaaS platforms give developers a quick way to build cloud-native microservices by abstracting away the complexities of managing and scaling clusters of containers or virtual machines.

Alibaba Cloud is named one of three leaders among nine global vendors evaluated in Forrester’s evaluation. Across the three key categories used for evaluation – Current Offering, Strategy and Market Presence – Alibaba Cloud’s FaaS product Function Compute received the highest score (4.56 out of 5) in the Current Offering category among the nine global vendors included in the report. The named product provides a platform for customers to code applications without having to manage the underlying infrastructure.

“We now view Alibaba Function Compute as a leader in the FaaS market, especially for clients looking to process video-heavy workloads or take advantage of the function concurrency their container-centric model supports,” said Forrester in the report.

“We believe Function Compute’s recognition as a leader in Forrester’s evaluation underscores our ongoing commitment to growing our FaaS offering and empowering our clients,” said Jeff Zhang, president of Alibaba Cloud Intelligence. “Over the past year, we have expanded our platform to support open-source functions and standards as well as content-centric workloads, particularly those which are video-heavy.These efforts have received recognition from our customers alongside global consulting firms such as Forrester, which is very encouraging.”

The Forrester Wave noted customers’ feedback on Function Compute, stating “customers were pleased that they could scale to tens of thousands of instances in minutes”. The report commented that while the product is currently best suited for companies in its local markets of Hong Kong and mainland China, its “international coverage is expanding and now stands at 10 regions with 21 availability zones”.

In November last year, Alibaba Cloud was also ranked as a leader in The Forrester Wave™: Public Cloud Development and Infrastructure Platform in China, Q4 2020 report.

To view the Forrester report, please click on this link.

Established in 2009, Alibaba Cloud (alibabacloud.com) is the digital technology and intelligence backbone of Alibaba Group. It offers a complete suite of cloud services to customers worldwide, including elastic computing, database, storage, network virtualization services, large-scale computing, security, management and application services, big data analytics, a machine learning platform, and IoT services. Alibaba Cloud is China’s leading provider of public cloud services by revenue in 2019, including PaaS and IaaS services, according to IDC. Alibaba Group is the world’s third-leading and Asia Pacific’s leading IaaS provider by revenue in 2020 in U.S. dollars, according to Gartner’s April 2021 report.

Next Getting Started With Kuma Service Mesh

The United Nations And Tencent Announce A Global Partnership 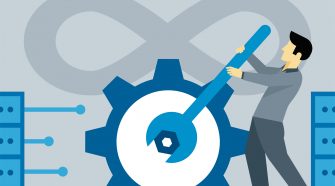