Red Hat, Inc., the world’s leading provider of enterprise open source solutions, announced the availability of Red Hat Universal Base Image on Docker Hub as “Verified Publisher” images. This brings the power, reliability and enhanced security of the world’s leading enterprise Linux platform to the largest and most easily accessible registry for container images, making it easier for organizations to build cloud-native applications based on tested and trusted components of Red Hat Enterprise Linux.

Red Hat Universal Base Image provides consumable and redistributable content to the next wave of modern applications and by making it available on Docker Hub, the world’s largest repositories for Linux containers, we’re extending our reach to meet an even broader set of developers and application leaders.

Previously, UBI could only be obtained from the Red Hat container catalog. Now, this availability is extended to Docker Hub, making it even easier for UBI-based containers to be built and deployed anywhere. This enables developers to access and use the only container image built from the tried, tested and trusted Linux platform used by more than 90% of the Fortune 500, with lifecycle support from Red Hat. And, because UBI is freely distributable, containerized applications can be built, pushed to a wide range of registry servers, shared with other users and even deployed on non-Red Hat platforms.

UBI is available in a variety of configurations and sizes, each tailored for existing and emerging enterprise IT use cases. Today, these variations include:

Docker Hub is the world’s largest and most popular repository of container images, with 13.4 million monthly active developers. Docker Hub provides an array of content sources including many of the most popular open source software offerings, Docker Official Images, software from independent software vendors (ISVs) and community-created images. Users get access to free public repositories for storing and sharing images or can choose a subscription plan for private repositories, high-volume usage and much more.

“We see the future of computing being built on Linux, and we want this cloud-native evolution to be founded on the world’s leading enterprise Linux platform, Red Hat Enterprise Linux. Red Hat Universal Base Image provides consumable and redistributable content to the next wave of modern applications and by making it available on Docker Hub, the world’s largest repositories for Linux containers, we’re extending our reach to meet an even broader set of developers and application leaders.”

“At Docker, we empower developers to create modern applications by simplifying increasingly complex application lifecycles. The availability of Red Hat UBI on Docker Hub brings the reach of Red Hat Enterprise Linux to the world’s largest container-image registry. This makes it even easier for 13.4 million developers using Docker to build, share and run innovative enterprise applications with enhanced security, scalability and support from an open source leader.”

Previous How I Recognize And Prevent Burnout In Open Source

Next Disaster Recovery Plan: How To Make Sure You’re Prepared For The Worst

Cloud Storage As A File System In AI Training

17 Ways Technology Could Change The World By 2025 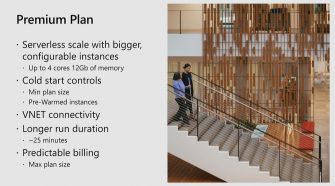