VMware, Inc. (NYSE:VMW) and Vapor IO announced they are building a Multi-Cloud Services Grid that integrates the VMware Telco Cloud Platform with Vapor IO’s Kinetic Grid platform, allowing developers and service operators to hypercompose grid services on-demand. The collaboration aims to greatly simplify and lower the costs of deploying distributed 5G systems and real-time applications by stitching together multiple cloud and edge environments into a unifying framework that can serve up resources for use, on-demand, across shared infrastructure.

“Today’s internet is too static, too siloed, and too unpredictable to deploy latency-sensitive applications, such as immersive gaming,” said Kaniz Mahdi, vice president of advanced technologies at VMware. “What we need, instead, is a grid that can virtualize and stitch together edge resources across multiple clouds and locations for any given set of latency and jitter constraints at any given time.”

The Multi-Cloud Services Grid is the first planned implementation of an Open Grid system as envisioned by the Open Grid Alliance (OGA), where applications can request resources from the grid and then rely on the grid to assemble those resources. Hypercomposing, the act of delivering a tightly-coupled set of real-time resources on-demand, will make it possible to deliver network functions, applications, and services at the moment they are needed, deploying them autonomously and algorithmically across the Open Grid based on the needs of the application.

“Vapor IO’s Kinetic Grid architecture, which connects across markets with Zayo’s dark fiber backbone, gives us the potential to span the continental U.S. and become a platform to engage the full edge-to-core ecosystem,” said Cole Crawford, founder and CEO of Vapor IO. “The Vapor IO and VMware teams will deploy bedrock capabilities that serve the entire community, growing opportunities for providers and consumers across the entire stack. We want this to be the catalyst for other organizations to co-create and co-innovate with us, developing the new technologies and go-to-market business models that will enable us to collectively deploy the Open Grid at scale, worldwide.”

The companies plan to deploy the technologies this year in Las Vegas, Atlanta, and Dallas, making the Multi-Cloud Services Grid available as a platform for crowdsourced innovation in those metropolitan areas. The deployed grids will have the ability to serve a growing ecosystem of communications service providers, cloud providers, infrastructure owners, hardware and software developers, municipalities, and enterprises looking to innovate with real-time applications.

VMware, VMware Telco Cloud Platform and Multi-Cloud Services Grid are registered trademarks or trademarks of VMware, Inc. or its subsidiaries in the United States and other jurisdictions.

VMware makes no guarantee that services announced in preview or beta will become available at a future date. The information in this release is for informational purposes only and may not be incorporated into any contract.

VMware software powers the world’s complex digital infrastructure. The company’s cloud, networking and security, and digital workspace offerings provide a dynamic and efficient digital foundation to customers globally, aided by an extensive ecosystem of partners. Headquartered in Palo Alto, California, VMware is committed to being a force for good, from its breakthrough innovations to its global impact. For more information, please visit https://www.vmware.com/company.html.

Vapor IO is developing the largest nationwide edge-to-edge networking, colocation and interconnection platform capable of supporting the most demanding low-latency workloads at the edge of the wireless and wireline access networks. Serving the world’s largest wireless carriers, cloud providers, web-scale companies and other innovative enterprises, the company’s Kinetic Grid platform combines multi-tenant colocation with software-defined interconnection and high-speed networking. The company’s technologies deliver the most flexible, highly-distributed edge infrastructure at the edge of the wireless network. The company has deployed its Kinetic Edge in Chicago, Atlanta, Dallas and Pittsburgh, and is actively deploying in 36 additional markets. Follow @VaporIO on Twitter 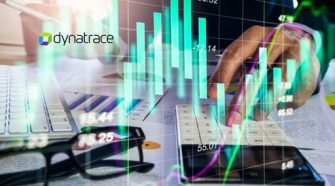