Which Country Has the World’s Best Programmers?

Remote programmers and developers were a valuable addition to a company far before the pandemic. With the ever-growing digitalization of infrastructures and systems, hiring the best programmers in the world is the priority for thousands of companies.

Ben Frederickson, a software developer from Vancouver, already tried to answer these questions by researching where to find top talent developers. According to his research, the top 5 countries to find developers are:

This study is based on GitHub Users Accounts, which are more popular in the US. As Frederickson admits, the data from GitHub cannot give you a complete overview, leaving out great places to consider, like Eastern Europe or South America. If you need to write an essay about this topic you can engage I Buy Essay experts.

What Do Entrepreneurs Say?

If you type this question on Quora, you will find many different answers. Some people give general advice. Others share their experiences.

Among the answers, you can find some interesting opinions based on individual experience. Russian engineers, for example, are well trained but don’t fit well with team dynamics. Or, in Costa Rica, you can find smart developers, but it’s challenging to pull up larger teams. Philippine engineers speak good English, work longer hours, and are excellent in design. On the other hand, the country has weak infrastructures leading to power difficulties, and there is a high tendency to sickness. What concerns Chinese developers is a different story. They are smart workers but don’t speak very good English – and who do it cost three times more. Indians are well trained but usually work in the night a second job, and due to the large population, it’s hard to pick good candidates.

Where the truth lies? Of course, a personal experience can always contradict general statistics. Or you can find your perfect candidate in a country where developers are less than 10% of the population. However, there are some ways to see which area is the best one to start looking and find the best developer for you.

HackerRank Competition: And The Winner Is…

Programmers from different countries scored different results depending on the domain of the test. On the overall score, China and Russia rank in the top positions with the most talented programmers. For example, Chinese programmers recorded the best performance in mathematics, functional programming, and data structure challenges. The Russians dominated in algorithms, while the US and India ranked below the #20 positions in all domains.

Following China and Russia on the overall score, other countries like Switzerland, Japan, Tawan, and Italy scored optimal results. For example, Japan holds the expertise for AI technologies, while Italy did excellent tutorials and databases.

Where To Find The Best Programmers In The World For Each Technology?

Based on HackerRank’s domain expertise, you can see where a programming language is more popular. For example, Ruby is very popular in Japan, followed by Brazil, Mexico, and Chile. Or developers from Malaysia and Pakistan prefer C++, while in Taiwan, Python is more popular. Almost everywhere, Java is the most popular language.

Which Country Has the Most Tenacious Developers?

Part of the HackerRank score system looks at those countries that don’t complete the challenge. It might sound like a useless challenge, but when thinking of hiring, it’s something you want to consider back in your mind.

Development projects always have bottlenecks, and you need someone tenacious enough to find solutions. Technical expertise is crucial for programmers, but other soft skills can make a difference. And one of them is determination.

In countries like Nigeria, Malaysia, and Pakistan, developers tend to give more easily. On the other hand, Switzerland and Hungary didn’t leave any incomplete challenges and had the most tenacious developers.

Besides the result of individual countries, Eastern European countries scored excellent results proving many talented developers. For example, Poland, Hungary, and the Czech Republic rank in the first ten positions of the HackerRank challenge.

In Eastern Europe, you can find over 5.7 million IT professionals, of which 33% are female tech professionals. In the past few years, local governments invested in the IT market and tech education. As a result, most developers are based in Ukraine and Poland, making Eastern Europe one of the best places to hire a remote developer.

The hourly rate and time zones are the most convenient for most developed countries. For example, in Western Europe, the time difference is about 1 to 3 hours. On the US West Coast it is 10 hours, and on the East Coast is around 6–7 hours.

In addition, Eastern European developers are among the most proficient in English around Europe. For example, Poland ranks #11 on the English Proficiency Index globally, while Ukraine and Russia recorded a literacy rate of 99.4%.

Finally, Romania ranked 20th on the HackerRank list, but it’s still one of the best places to look for developers. According to A.T. Kearney Global Services Location Index, Romania is the 18th country for financial attractiveness, skill levels and availability, and tech business environment. Romania’s government also offers excellent benefits for employers in Western Europe and North America in addition to convenient time zones and language proficiency.

In 2019, the SkillValue SaaS platform organized multiple competitions for developers with algorithm exercises in different programming languages. According to this test, Mexico is the top country if you need an expert with Java and JavaScript, while Ireland has the best .NET developers. Once again, Eastern Europe dominated the competition with other coding languages. Serbia excels in C/C++, Hungary with PHP, and Slovakia with Python.

For what concerns Europe, the Eastern side is definitely the best place to look at. Otherwise, France and Italy are also slowly appearing on the scene. Both countries are making significant transformations in their education system to improve programming education. Since 2014, France has offered programming classes in elementary schools, following the Polish example. Likewise, leading companies like Apple are investing in Italy to bag the best programmers in the country – which ranked 10th in the HackerRank challenge.

When it comes to the HackerRank competition, developers working with Java are mostly from Poland, Hungary, Bulgaria, Switzerland, and Taiwan. For C++ programmers, countries like France, Russia, Italy, Hungary, and Switzerland have the best performance.

Based on the results of these different challenges, you can get an idea of which countries produce the best coders in different programming languages.

Here are the results from both research:

The innovation index helps isolate where countries are investing in innovation and the IT market – producing skilled and updated developers. it’s an efficient method to start looking at where are the best programmers in the world.

According to Bloomberg Innovation Index, the best Indicators for the Innovation Index are the capacity to invest in Research and Development, patent activity, overall productivity, and higher education. Following this research, the best 10 countries for innovation are:

In addition, it’s important to consider the local Digital Competitiveness in the global market. In this sense, the IMD World Competitiveness Center evaluates 3 factors in a country:

According to their system of research, the top 10 countries in 2020 are:

However, the fact that a country invests in digital evolution doesn’t mean that it produces great programmers. Finland and Norway, for example, have great technology infrastructure but didn’t shine in any of the competitions mentioned above.

This article is originally appeared and republished from DistantJob. 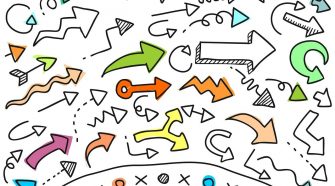 What’s The Difference Between Orchestration And Automation?