What is the Swift Language?

Swift combines decades of experience in building Apple platforms with the latest research in programming languages.

Swift APIs are even easier to read and maintain because named parameters are expressed in a clean syntax. Better yet, you don’t need to type semi-colons.

Swift is a general-purpose, functional, imperative, and block-structured language for iOS development. Swift adopts the best of C and Objective-C, without the constraints of C compatibility.

Swift is an object-oriented language that uses the same runtime as the existing Obj-C system. It provides Inferred types, making the code cleaner and less prone to mistakes.

This multi-paradigm language offers modules to eliminate headers and provide namespaces on Mac OS and iOS which enables Swift programs to run on many existing iOS 6 and OS X 10.8 platforms.

Swift language offers Unicode correct strings to best support international languages and emoji. Swift uses a UTF-8 based encoding to optimize performance for a wide variety of use cases.

Which is Better: Swift or Objective C?

Although it’s important to note that Swift cannot replace Objective-C. The two languages have different capabilities and can be used together in iOS application development.

Let’s look at a side-by-side comparison of the two languages.

Is Swift the Future for iOS development?

The Swift programming language is becoming increasingly popular for iOS development. Among the companies that have already chosen Swift are Eventbrite, Kickstarter, LinkedIn, Twitter, and WhatsApp.

Despite a few teething issues, Swift is turning into a mature language that could, eventually, displace Objective-C as the go-to language for developing iOS apps.

Swift will help businesses fill the gap in mobile applications in the long run. With its speed and ease of understanding, Swift Language is becoming a preferred choice for developers.

This open-source platform has a thriving community behind it, and anyone can contribute to it. Swift will continue to be a key component in iOS app development in the future. 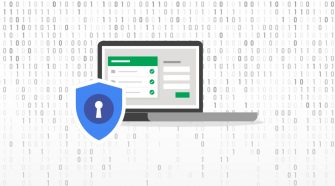