Imagine that you provisioned a Terraform resource in your environment running on a public cloud, such as Google Cloud, and you need to destroy and recreate the resource so you can start from a clean state.  Terraform gives you two tools to accomplish this:

Both tools are easy to use while in an interactive session, but:

To solve these issues, you could make use of the field within a Terraform resource that is designed to force a new resource to be created: ForceNew.

Corollary: You can use this strategy to introduce explicit dependencies between the state of different resources, as we’re going to read in the following example.

In this example, you:

In the following snippet, you prepare the Terraform resource to provision a Compute Engine VM:

Force the deletion and the recreation of the VM

According to the strategy described above, we:

2. Exclude from the list the resource attributes whose constraints force you to choose a value from a limited set of values, as described in the documentation about the google_compute_instance resource. This leaves us with:

3. From the list of resource attributes of type String that have the ForceNew field set to true, and that allow you to set an arbitrary value (provided it passes the validation constraints), pick at least one attribute. We proceed by picking the only attribute left in the list: description.

In this example, we use the base64sha512 function to compute a SHA512 hash of a string, and to encode it in Base64 mainly to:

This ensures that when you update the value of metadata.my_meta_data, Terraform picks it up as a value change on the description field, which forcefully destroys and then recreates the development-workstation resource.

In this article, we described a strategy to force Terraform to destroy and recreate a resource when a value of a variable, a local variable, or an attribute of another resource changes. This strategy allows you to avoid using external tooling to check for any conditions, and keeps the resource state all within Terraform.

Clouds In The Cloud: Weather forecasting In Google Cloud 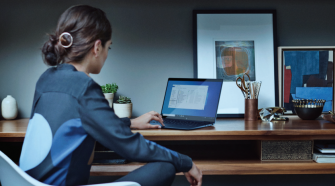