The Next Step For Istio And Cloud-Native Open Source

We are excited to announce that Google and the Istio Steering Committee have submitted the Istio project for consideration as an incubating project within the Cloud Native Computing Foundation (CNCF). This is a significant milestone for Istio and its community, and we are thrilled to reach this next step in the evolution of the project.

Google originated the Istio project, which alongside Kubernetes and Knative, is a critical part of cloud-native infrastructure. The Istio project has found success and maturity in its current model — being adopted by hundreds of organizations and bringing in over 4,000 developers for IstioCon.

For over 20 years, Google has helped shape the future of computing with its open source contributions and has invested deeply to unlock innovation for our customers. Istio extends Kubernetes to establish a programmable, application-aware network using the Envoy service proxy. Istio works with both Kubernetes-based and traditional workloads, and brings standard, universal traffic management, telemetry, and security to complex deployments. Finding a home in the CNCF brings Istio closer to the cloud-native ecosystem and will foster continuing open innovation.

We started to develop Istio in partnership with teams at IBM and Lyft in 2016 based on patterns that were being used to connect Google production applications. Google’s security focus complemented the traffic management focus of an open-source project published by IBM, and those two teams decided to collaborate on Istio directly. Istio was launched “fully formed” in May 2017, with the v0.1 release featuring sidecar-powered traffic control, observability and policy features — the things that today define a service mesh. Istio has been open source from the beginning, and has a governance structure that promotes continuous contribution and project engagement.

By the release of v0.3 a few months later there were users trusting it in production, seeing immediate benefits from its powerful features. The project reached v1.0 in July 2018, and was being used at scale by eBay and The Weather Company. Google led a major re-architecture with the release of v1.5, unifying the control plane into a single service. This change, based on user feedback, reduced administrative overhead, as was later written about in the IEEE Software journal. We also greatly simplified extensibility of the mesh by building support for WebAssembly plugins into Envoy.

Istio is now offered as a managed or hosted service by over 20 providers, including Anthos Service Mesh, a suite of tools that helps you monitor and manage a reliable service mesh on-premises or on Google Cloud.

The future of Istio as a project in the CNCF

At Google, we believe that using open source comes with a responsibility to contribute, sustain, and improve the ecosystem, and we are committed to improving critical cloud-native projects on behalf of our customers and the community at large. Google has made over half of all contributions to Istio and two-thirds of the commits, as measured by the CNCF DevStats.1 After deciding to adopt Envoy for Istio, Google rose to be Envoy’s number-one contributor.2

Istio is the last major component of organizations’ Kubernetes ecosystem to sit outside of the CNCF, and its APIs are well-aligned to Kubernetes. On the heels of our recent donation of Knative to the CNCF, acceptance of Istio will complete our cloud-native stack under the auspices of the foundation, and bring Istio closer to the Kubernetes project. Joining the CNCF also makes it easier for contributors and customers to demonstrate support and governance in line with the standards of other critical cloud-native projects, and we are excited to help support the growth and adoption of the project as a result.

Istio is key to the future of Google Cloud and if the project is accepted, Google will continue to strategically invest in Istio as a key maintainer and through ongoing investment in engineering for upstream contributions.

Previous Learning To Code: The New Super Mom Skill To Have

How To Install Ansible In Ubuntu 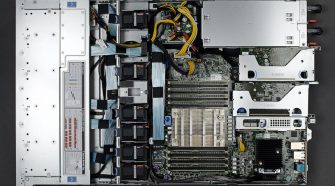