The vagaries of autocomplete are well-known, but this work by the always inventive London-based, Turkish-born visual artist Memo Akten might be the first poem co-composed with Google Search. To make Keeper of Our Collective Consciousness: I Need to Understand Myself (2014), Akten summoned Google Autocomplete suggestions by typing phrases such as ‘I want’, ‘I need’ and ‘I feel’ into the search bar, set to the pleasing thrashing of Marilyn Manson’s cover of the Depeche Mode song Personal Jesus (1990). Google’s best-guesses at what might come next, including ‘I feel like a failure’, ‘I want a hippopotamus for Christmas’ and ‘I need to update my browser’, oscillate between the bleak, the droll and the utterly mundane. Akten describes his interest in the interplay between people and these rapidly developing predictive technologies in relation to ideas of god, calling his poem ‘a collection of prayers … [to a] man-made deity. Living up in The Cloud, of all places. Watching over us, listening to our thoughts and dreams in ones and zeros.’ Read the full poem at Akten’s website.

Next How To Install TensorFlow

Navigating The Future Of Hybrid Work In APAC 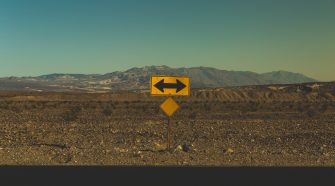 Automate Checking For Flaws In Python With Thoth