11 Surprising Ways You Use Linux Every Day

Linux runs almost everything these days, but many people are not aware of that. Some might be aware of Linux and might have heard that this operating system runs supercomputers. According to Top500, Linux now powers the five-hundred fastest computers in the world. Go to their site and search for “Linux” to see the results for yourself.

I read a great deal, and my go-to device is the Amazon Kindle Paperwhite, which runs Linux (though most people are completely unaware of that fact). If you use any of Amazon’s services—from Amazon Elastic Compute Cloud (Amazon EC2) to Fire TV—you are running on Linux. When you ask Alexa what time it is, or for the score of your favorite sports team, you are also using Linux, since Alexa is powered by Fire OS (an Android-based operating system). In fact, Android was developed by Google as Linux for mobile handsets, and powers 76% of today’s mobile phones.

If you have a TiVo, you are also running Linux. If you are a Roku user, then you too are using Linux. Roku OS is a custom version of Linux specifically for Roku devices. You may opt to use Chromecast—which runs on Linux—for video streaming. Linux doesn’t just power set-top boxes and streaming devices, though. It likely runs your smart TV, too. LG uses webOS, which is based on the Linux kernel. Panasonic uses Firefox OS, which is also based on the Linux kernel. Samsung, Phillips, and many more use Linux-based operating systems to power their devices.

Smartwatches and laptops run on Linux

If you own a smartwatch, it’s likely running Linux. School systems throughout the world have been implementing one-to-one systems where each child is provided their own laptop. A rapidly increasing number of those institutions outfit their students with a Chromebook. These lightweight laptops use Chrome OS, which is based on Linux.

The car you drive might well be running Linux. Automotive-Grade Linux has enlisted manufacturers like Toyota, Mazda, Mercedes-Benz, and Volkswagen in a project that will see Linux as the standard code base for automobiles. It is also likely that your in-vehicle infotainment system runs Linux. The GENIVI Alliance develops “standard approaches for integrating operating systems and middleware present in the centralized and connected vehicle cockpit,” according to its website.

If you are a gamer, then you might be using SteamOS, which is a Linux-based operating system. Also, if you use any of Google’s myriad of services, then you are running on Linux.

Additionally, the new wave of social media, de-centralized, federated nodes of connected communities like Mastodon, GNU Social, Nextcloud Social (microblogging platforms similar to Twitter), Pixelfed (distributed photo sharing), and Peertube (distributed video sharing) are, at least by default, run on Linux. Being open source, they can each run on any platform, which is a powerful precedence in itself.

Businesses and governments run on Linux

The New York Stock Exchange runs on Linux, as does the Pentagon. The Federal Aviation Administration handles over sixteen million flights a year, and they operate on Linux. The Library of Congress, House of Representatives, Senate, and White House all use Linux.

That entertainment system in the seat back on your latest flight is likely running on Linux. It’s possible that the point of sale at your favorite store is running Linux. Tizen OS, which is based on Linux, powers an array of smart home and other smart devices. Many public libraries now host their integrated library systems on Evergreen and Koha. Both of those systems run on Linux.

If you are an iOS user who uses iCloud, then you, too, are using a system that runs on Linux. Apple Computer’s company website runs on Linux. If you would like to know what other websites are run on Linux, be sure to use Netcraft and check the results of “What’s that site running?”

It is possible that the router that connects you to the internet in your home is running Linux. If your current router is not running Linux and you would like to change that, here is an excellent how-to.

As you can see, in many ways, Linux powers today’s world. What else might people not realize runs on Linux?

This article originally appeared in opensource.com.

Previous 11 Reasons To Upgrade To The Newest iPhone 11

Quantum – A Double-Edged Sword For Cryptography 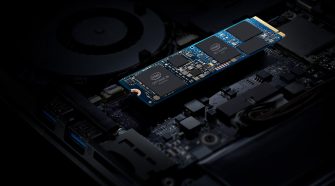