The BBC has announced that 2020 will mark the end of the Red Button text service – the final incarnation of what was originally known as CEEFAX and Oracle. Those old text-based TV services would seem ridiculously clunky and old-fashioned to an internet generation used to instant streaming and apps for everything. But – as slow and frustrating as that old text system was – it paved the way for the World Wide Web and helped prepare us for the world of social media.

To most of us, the end of the red button shouldn’t be a huge surprise – not many people can remember the last time they pulled up a Red Button text page. Nowadays, like most people, I use my smart phone for pretty much everything. The Red Button service (and its predecessors CEEFAX/Teletext) take us back to a strange and foreign country: The Place Before Internet.

CEEFAX was the world’s first text information service which started in 1974. It was joined by Independent Television’s Oracle (later renamed Teletext) in the early 1980s. Both services depended on a quirk of the old analogue TV signal. For reasons to do with the hardware (big glass cathode ray tubes and heavy electromagnets) there had to be a couple of milliseconds of pause between each frame of the moving image – and that pause was when the CEEFAX pages were transmitted.

When you fetch a web page, your browser sends a request to the server and the server sends the requested data back to you. CEEFAX, on the other hand, sent each page in turn, on a sort of endless loop. So you would put in the page number you wanted to see using your remote control, but it could take some time before that page came around again. It was a bit like waiting for your favourite sushi dish at one of those Japanese restaurants which use a conveyor belt to deliver the food, or your suitcase at an airport baggage claim.

Just 200 pages of information (made up of 25 lines with only 40 characters on each line) may seem hopelessly primitive these days when you can stream box sets to your mobile. But in 1974 if you wanted to know the headlines you had to wait for the next news bulletin. If you wanted to know the football scores, you had to go to the newsagents and buy a newspaper and if you wanted to know what time to catch the train to London you had to go to the station and pick up a printed timetable. With the arrival of CEEFAX, people could look up any of these things in a few minutes on their TVs using their remote control – and remote controls were pretty cutting-edge in the 70s too.

CEEFAX finally gasped its last breath in 2012 with the digital switch-over. The information, however, lived on within the Red Button. But now it was digital you could go directly to the page you wanted (no more sushi conveyor belt).
This is despite the fact that the internet increasingly became the first place anyone would look if they wanted information on anything from holidays, to voting on their favourite TV reality show.

Originally, CEEFAX and Oracle/Teletext were intended to supply mundane so-called “medium-latency information” (things that couldn’t wait for next morning’s papers) but which were not so time-sensitive – things that you had to know the exact second it happened. So information like the weather forecast fit the bill perfectly.

Soon, ways were found to turn a profit from it. CEEFAX was a BBC product, so it always kept to the public service model. But Teletext was commercial from the start and, in the mid 1990s, it found its killer application – cheap flights and holidays.

In 1996 Teletext branched out from news and sport to include listings of last-minute flight offers and holidays. These proved so popular, especially with small travel agents, that as the web began to appear they migrated the service on to a website – which still exists today, as an ordinary holiday search site – despite the Teletext service it sprang from having died with the end of analogue broadcasting.

It was a similar story with the French Minitel system. In the late 1970s PTT, the French telephone service, wanted to save money in printing and distributing telephone directories, and also wanted to encourage the use of the telephone network overall. Their solution was to provide every PTT subscriber with a free Minitel terminal, and put all the phone numbers on their system.

There were stories of unwilling subscribers just leaving their Minitel unused, but the fact that essentially every French home had a terminal gave them instant market penetration, and various commercial services running on the service sprang up in a small, francophone version of the dotcom bubble.

While the government were most keen to emphasise “online” shopping, travel purchases and similar services, what became known as the “Messageries roses” services proved unexpectedly popular (“pink messages” were a euphemism for adult chat services).

This was all taking place before anyone outside of a university science lab in the rest of the world had any kind of online connection. I remember seeing lurid adverts for Minitel adult services on the Paris Metro in the early 1990s. As late as 1998 Minitel was generating more than €80m and despite the development of the internet the service was not finally closed down until June 2012.

Today, it is estimated the revenue made from apps and text services linked to television shows is more than £100m, though they were already £57m in 2014 – the year ITV made voting on X-Factor free.

But it was CEEFAX and Teletext that ushered in the world of the web we all now take for granted. It gave us the first taste of an array of commercial possibilities available to us even as we sat on our sofas. It may have taken a bit longer to get to that page of interest, but waiting to press the “hold” button just in time was just another part of its analogue charm.

Andy Holyer, Teaching Fellow at the School of Creative Technologies, University of Portsmouth

Previous How To Install scikit-learn

Next Ubuntu 19.10 Delivers Kubernetes At The Edge, Multi-Cloud Infrastructure Economics And An Integrated AI/ML Developer Experience

What Is OpenTelemetry And Why Is It The Future Of Instrumentation? 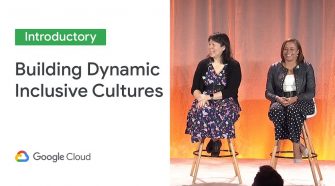