The internet is unique in that it has no central control, administration or authority. It has given everyone with access to it a platform to express their views and exchange ideas with others instantaneously. But in recent years, internet services such as search engines and social media platforms have increasingly been provided by a small number of very large tech firms.

On the face of it, companies such as Google and Facebook claim to provide a free service to all their users. But in practice, they harvest huge amounts of personal data and sell it on to others for profit. They’re able to do this every time you log into social media, ask a question on a search engine or store files on a cloud service. The internet is slowly turning into something like the current financial system, which centrally monitors all transactions and uses that data to predict what people will buy in future.

This type of monitoring has huge implications for the privacy of ordinary people around the world. The digital currency Bitcoin, which surfaced on the internet in 2008, sought to break the influence that large, private bodies have over what we do online. The researchers had finally solved one of the biggest concerns with digital currencies – that they need central control by the companies that operate them, in the same way traditional currencies are controlled by a bank.

The core idea behind the Bitcoin system is to make all the participants in the system, collectively, the bank. To do this, blockchains are used. Blockchains are distributed, tamper-proof ledgers, which can record every transaction made within a network. The ledger is distributed in the sense that a synchronised copy of the blockchain is maintained by each of the participants in the network, and tamper-proof in the sense that each of the transactions in the ledger is locked into place using a strong encrypting technique called hashing.

More than a decade since this technology emerged, we’re still only beginning to scratch the surface of its potential. People researching it may have overlooked one of its most useful applications – making the internet better for everyone who uses it.

In order to use services on the internet such as social media, email and cloud data storage, people need to authenticate themselves to the service provider. The way to do this at the moment is to come up with a username and password and register an account with the provider. But at the moment, there’s no way to verify the user’s identity. Anyone can create an account on platforms like Facebook and use it to spread fake news and hatred, without fear of ever being identified and caught.

Our idea is to issue each citizen with a digital certificate by first verifying their identity. An organisation like your workplace, university or school knows your identity and is in a position to issue you with a certificate. If other organisations do the same for their members, we could put these certificates on a publicly accessible blockchain and create a global protected record of every internet user’s identity.

Since there’d be a means for identifying users with their digital certificate, social media accounts could be linked to real people. A school could create social media groups which could only be accessed if a student had a certificate issued to them by the school, preventing the group being infiltrated by outsiders.

A user could ask for a one-time password (OTP) for Facebook by clicking an icon on their mobile phone. Facebook would then look up the user’s digital certificate on the blockchain and return an OPT to their phone. The OTP will be encrypted so that it cannot be seen by anyone else apart from the intended recipient. The user would then login to the service using their username and the OTP, thereby eliminating the need to remember passwords. The OTP changes with each login and is delivered encrypted to your phone, so it’s much more difficult to guess or steal a password.

Vote with your phone

People are often too busy or reluctant to go to a polling station on voting days. An internet voting system could change that. Digital currencies like Zerocash are fully anonymous and can be traced on the blockchain, giving it the basic ingredients for a voting system. Anyone can examine the blockchain and confirm that a particular token has been transferred between two parties without revealing their identities.

Each candidate could be given a digital wallet and each eligible voter given a token. Voters cast their token into the wallet of their preferred candidate using their mobile phone. If the total number of tokens in the wallets is less than or equal to the number issued, then you have a valid poll and the candidate with the most tokens is declared the winner.

People use search engines everyday, but this allows companies like Google to gather trends, create profiles and sell this valuable information to marketing companies. If internet users were to use a digital currency to make a micropayment – perhaps one-hundredth of a cent – for each search query that they perform, there would be less incentive for a search company to sell their personal data. Even if someone performed a hundred search queries per day they would end up paying only one cent – a small price to pay for one’s privacy.

Blockchain technology started as a means for making online transactions anonymous, but it would be shame for it to stop there. The more researchers like me think about its potential, the more exciting possibilities emerge.

Next Android Dev Summit 2019 | Fighting Regressions with Benchmarks in CI 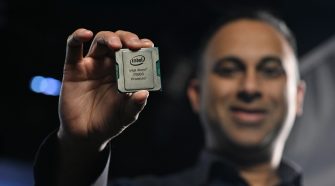