“We’re continuing to expand our 5G Ultra Wideband service to more customers, starting 2020 where we left off in 2019,” said Kyle Malady, chief technology officer for Verizon. “Our 5G Ultra Wideband network uses millimeter wave spectrum and is specifically designed to provide customers significantly faster download speeds and greater bandwidth than what is delivered in today’s 4G world. What we’re building is transformational and will change the way we live, work and play.”

In Little Rock, 5G Ultra Wideband service will be concentrated in parts of Midtown, University District, Birchwood, Otter Creek and near landmarks such as: UAMS College of Medicine, University of Arkansas at Little Rock, Rock Creek Square Plaza Shopping Center, and Outlets of Little Rock.

In Kansas City, 5G Ultra Wideband service will be concentrated in parts of Downtown, Midtown-Westport, Plaza Midtown, Olathe and near landmarks such as: The Garment District, Kauffman Center for the Performing Arts, Rockhurst University as well as inside and around the professional football stadium.

Google Cloud Next 2019 | Better Insight: Measuring The Cost Of An Application On GCP 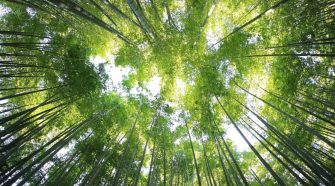