Internet crime has gained the most number of victims and the largest amount of dollar losses in the year 2019. This is according to the data collected by the FBI’s Internet Crime Complaint Centre (IC3) included in their 2019 Internet Crime Report. 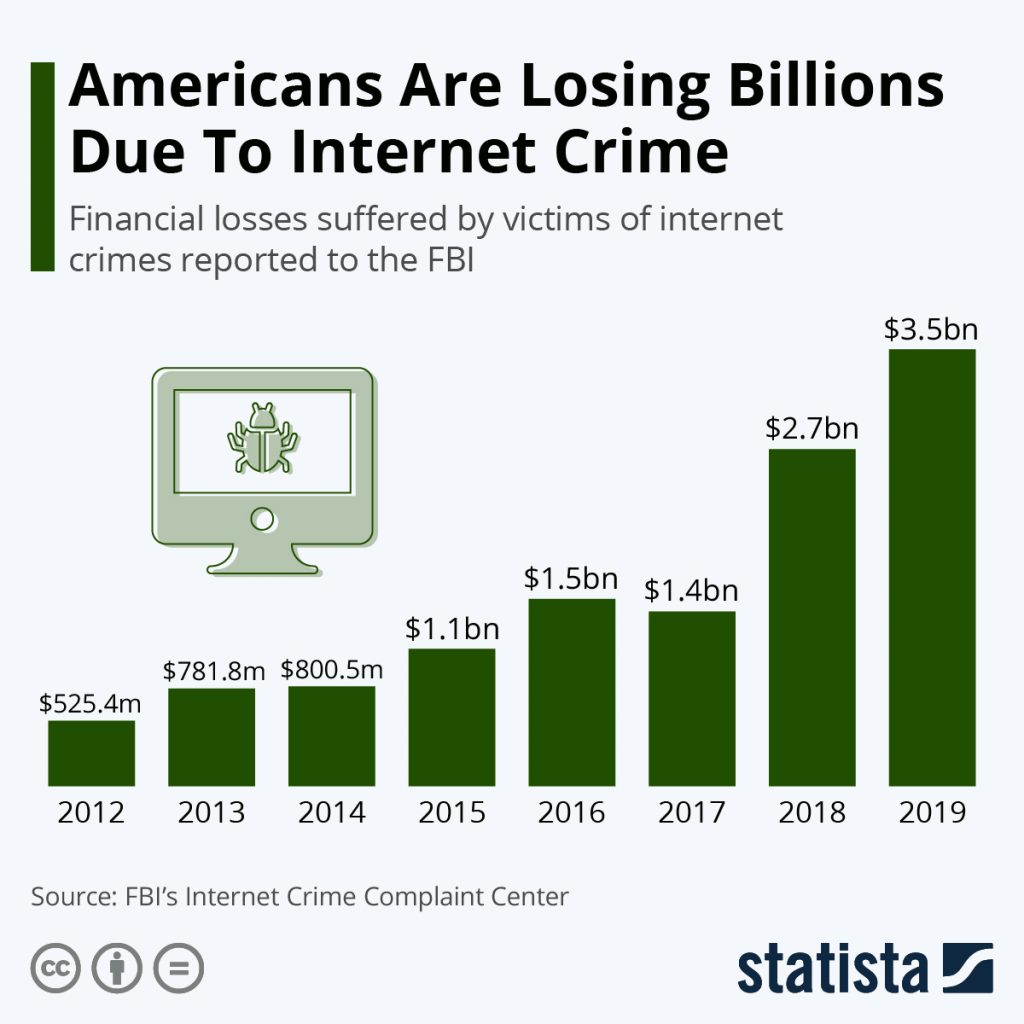 In 2019 alone, Americans who filed a complaint in the IC3 lost more than US$3.5 billion. This is up from the previous figure of US$ 2.7 billion. The loss from 2019 is also the highest ever recorded since the inception of IC3 in the year 2000.

People over 60 submitted the most number of complaints in 2019. They also suffered the biggest losses, which accumulated to a whopping US$ 835 million.

Within the United States, California recorded the most number of victims, with more than 30,000 victims. It also had the highest victim loss with an accumulated estimate of more than $500 million.

The top internet crimes of 2019

According to the IC3’s report, the following are the top five internet crimes in America: 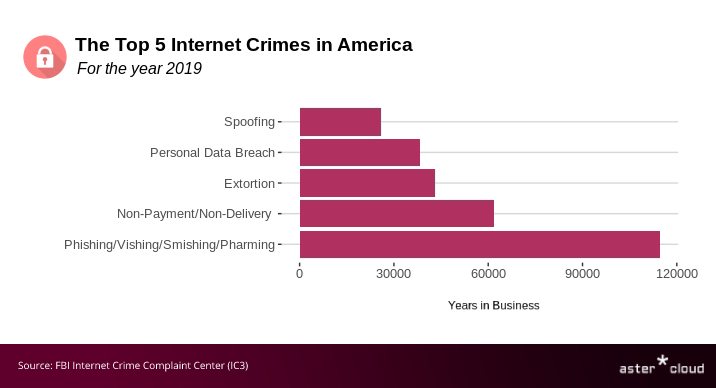 “Criminals are getting so sophisticated. It is getting harder and harder for victims to spot the red flags and tell real from fake,” according to IC3 chief Donna Gregory.

With this, the FBI reminded internet users to remain skeptical and double-check any link that seems suspicious or any transaction that requires their personal information.

“You may get a text message that appears to be your bank asking you to verify information on your account. Or you may even search a service online and inadvertently end up on a fraudulent site that gathers your bank or credit card information,” Gregory said.

The power of reporting

IC3 also encourages everyone to report malicious activity since this is important in building a safe cyber landscape.

“Information reported to the IC3 plays a vital role in the FBI’s ability to understand our cyber adversaries and their motives, which, in turn, helps us to impose risks and consequences on those who break our laws and threaten our national security,” according to FBI Cyber Division Assistant Director Matt Gorham.

IC3 also noted the importance not only of reporting but also making sure that they give, as much as possible, a complete set of information since this would ease the processing of combating cybercriminals.

In case you are interested in more figures and discussions about cybercrime, you may read the IC3’s in-depth report here.

Best Practices For Upgrading Your Anthos Clusters On Bare Metal 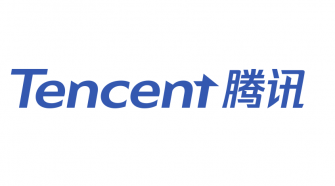