Founded in 2011 by CEO Michael Tso—who attended high school in Melbourne—Cloudian has become the world’s most widely deployed independent object storage provider, centered on its award-winning HyperStore® solution. The company has a strong network of partnerships with some of the largest cloud and technology companies, including Cisco, HPE, Lenovo, Rubrik, Veeam and VMware.

Led locally by Australian industry veterans James Wright and Jason Mantell—both with prior experience at Nutanix and Pure Storage—the company believes it is well-positioned to capitalise on Australia and New Zealand’s heightened reliance on data.

“Around 80% of the data created by organizations today is unstructured, primarily images, video and voice data,” said James Wright, Regional Director for A/NZ at Cloudian. “But A/NZ enterprises and governments are struggling to store this data, protect it and analyse it, particularly given the limitations of traditional storage systems.

“Cloudian addresses this challenge, providing a limitlessly scalable, highly cost-effective and secure means to store and create real value from increasingly large data sets. We also deliver seamless integration and data movement across on-premises/private cloud and public cloud environments. With data playing an ever more central role in A/NZ and increased concern about public cloud data being stored outside national borders, there is a great opportunity to expand the company here.”

Cloudian aims to bolster its local team and partner network in the region and has already signed distribution agreements with Exclusive Networks and NEXTGEN. The company has also begun working with managed service providers (MSPs) with expertise in the government, financial and other sectors across A/NZ.

Cloudian sees a significant opportunity in the increasing number of organizations rethinking public cloud storage due to unexpected costs, concerns about data security and control—including data sovereignty—and highly variable performance. A leading industry analyst firm recently reported that 85% of IT managers surveyed said they are moving some portion of their workloads back from public clouds, a process known as “repatriation.”

“A/NZ businesses are becoming more aware of the drawbacks of storing large volumes of data in the public cloud, but they want that same user experience,” added Wright. “Because of our fully native S3 compatibility, we can provide the scale, flexibility and ease-of-use of the public cloud within a customer’s own data center at up to one-third the cost.”

Ransomware attacks have become a rapidly growing global threat, and A/NZ is not immune. Research last month showed that such attacks have increased by 10% in Australia during COVID-19, while New Zealand has been named among the most vulnerable countries susceptible to a cyberattack. With a feature called Object Lock that prevents hackers from encrypting data, Cloudian can help A/NZ organizations protect against this threat.

“We know that ransomware attacks often come more than once, as cyber criminals both identify the vulnerability and know the company is willing to pay to unlock their data,” said Wright. “Object Lock creates an immutable copy of backup data, ensuring a clean copy for reliable recovery so businesses are covered when security measures fail.”

About Cloudian
Cloudian is the most widely deployed independent provider of object storage systems, with the industry’s most advanced S3 compatibility and an extensive partnership ecosystem. Its award-winning flagship solution, HyperStore, provides limitless scalability and cloud-like technology, flexibility and economics in the data centre. Cloudian’s global data fabric architecture enables enterprises to store, find and protect object and file data seamlessly across sites, both on-premises and in public clouds, within a single, unified platform. Learn more at cloudian.com.

Next Deepening End User Engagement With An Enhanced Ecosystem Program

Where TikTok Has Been Downloaded The Most

How ASU Is Improving Learner Experiences With The Unizin Data Platform 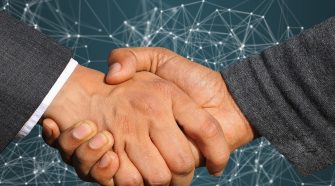