A mere few months ago the majority of the world was forced to change drastically, including the move into a ‘fully remote’ mode of office work. As reality was bearing down upon us, tech managers and CEOs everywhere were huddled together trying to figure out how to not only make it work, but work well. They had to figure out the best plan of action- ensuring their employees were up for the task and that they had everything required to work from home for a seemingly indefinite amount of time. Alas, this is a difficult task as each employee is different and each of their needs varies from the other.

The changes to becoming ‘fully remote’ that companies are still currently dealing with have affected each employee differently, especially in terms of their individual velocity. And of course, as is the way of the world, a dev’s individual velocity ultimately affects the team’s velocity. When looking at individual employees and their impact on the team’s velocity, there is one type of employee that stands out in particular: the pivotal employee.

Every company has had to prepare itself somehow. Some companies have previously practiced WFH methods, while other companies had to start from scratch. Throughout the process, we noticed that companies who previously didn’t allow or practice WFH for their employees had the hardest time acclimating – to the point that they were starting from the most basic step of having to buy laptops for their employees. Yet, these companies weren’t the only ones scrambling to figure it out. Even companies that had allowed their employees to WFH a day or two per week had to adapt and help their employees- such as helping them to create a home office by buying them office chairs, keyboards, or mouses (for example, companies such as Shopify, Google did just this).

Regardless of where your starting position was at the beginning of these turbulent times (unless you’re a company like Gitlab or ArsTechnica), you probably handled it iteratively, much like Maslow’s Hierarchy of Needs, in what I have personally dubbed as ‘Maslow’s Hierarchy of WFH’:

On the lowest rung is your employees Physiological Needs. You must make sure that they have all their physiological office needs met, even while not in the office. These are aspects such as having a working laptop, fast internet that won’t kick them off Zoom calls, and coffee that will keep them alert enough to work properly.

Right after, their Social Belonging needs to be taken care of. This can be done in a variety of ways, such as with online happy hour zoom calls or zoom coffee breaks, for instance.

Then their Self-Esteem needs have to be met. This can be done ensuring each team member gets the proper recognition for their work, even if you’re not physically around to make sure they get it.

Finally, you reach Self-Actualization- like writing this blog post on working from home.
As you move up Maslow’s pyramid, you keep assessing how good your team’s velocity is. Throughout each level, you look around and think of how you and your team coped with this sudden and major change to becoming ‘fully remote’?

As VP of R&D at Rookout, managing my dev team during these distributed times was definitely a challenge. Everybody was working from home and scattered throughout different cities. As everyone was getting settled into the new fully remote routine, we underwent our own journey through Maslow’s Hierarchy of WFH.

Managing remotely is difficult, especially if you’re not used to it. When your job is to write code, it is mainly just you and your laptop. Sometimes, however, it is necessary to sync with your teammates and ask them questions, as well as of course syncing with your manager to understand what your tasks and goals are.

When you are managing your team, you need to make sure that no one falls by the wayside. At Rookout we believe in minimum status meetings and minimum time wasters. However, when you’re not in the office, there’s no more being able to casually ask your dev, “how’s it going with your project?” while chit-chatting in the coffee corner, or being able to walk around to your team members and make yourself available for queries.

Some of your team will proactively pull on your coat by Slacking you or ask for a Zoom session. However, a more significant part of the team will be those devs that you’ll need to Slack, call, poke, beep, fax or really do almost anything to make them talk to you (even if they desperately need your help). Basically, this means that while you’re dealing with changing to a work from home workflow, you’ll also have to learn how to fit your managing style differently to every employee.

Lesson 3: Coping with the highs and the lows

The most frequently asked question that managers get asked by their own managers and colleagues in the last few months is “How is your team doing?” and not “How is that magic micro-service doing?” or “Where did you get that Zoom background?”. They’re simply trying to find out how your team is coping with their new distributed routine (or, to be exact, how you’re coping with managing them).

About 10 years ago, I was talking to a friend who had just had his first baby. I asked him how things were going with the new baby and he replied with the best answer I have ever heard.
“Having a kid changes your peaks. In the past I had highs and lows- sometimes I was happy and sometimes sad. With a kid, though, everything is to the extreme – your lows are feeling like the world is crashing down and your highs are like you’ve conquered the world.” For the past three years – since my daughter was born – I relate to this answer every day.

Nowadays, when people ask me “How’s your team doing?” I tell them that becoming a ‘fully remote’ company really tests your team in an extreme way. All the peaks change. You know that team member that you have difficulty keeping track of in normal times? Well, good luck doing that when he is WFH and has such bad Wifi to the point that you can’t even see him on video. But hey, at least you’re not interrupting him and he’ll get some work done…right? And what about the team member that needed your help all the time and wasn’t able to move forward without it? Well, let’s be honest. He’ll probably just live his best life watching Netflix until he manages to catch you in between your other Zoom sessions.

So, real talk, how is my team doing? Did the team’s velocity change? Well, as Thanos says, “Everything is balanced as it should be”. In an almost karmically balanced way that none of us could have foreseen, some of my team have reduced their velocity, while other team members’ velocity has skyrocketed. However, the most interesting phenomenon that arose from this scenario is the pivotal devs.

You know that one dev that knows everything? I don’t mean that they are the expert in everything, but rather that they know something about everything. This is the dev who knows all about the data flow in your system, why that piece of crap legacy code wasn’t deleted yet, about that feature that nobody uses, how to use the CLI to everything and, if needed, they will even configure your Emacs and VIM (although they don’t use them).

This is the dev that everybody turns to when they have a question. They are the Google personified of your company. Even if it will take your team 10 minutes to find an answer, they will prefer to ask this dev instead. They are the oracle, the chosen one. They are your pivot. Really, you’ll sometimes even see a line forming near their desk.

How much work, though, can the pivot truly accomplish in the office? How is their velocity? Well, frankly, it’s terrible. Everybody asks them questions all the time, making it so that they switch contexts like crazy. But what happens when everyone is out of the office? The pivot is at home and it isn’t as easy to disturb them as it used to be.

Pivots flourish in these distributed times. They now have full focus and don’t need to switch contexts non-stop. Unfortunately, this increase in productivity means that the others might start to stumble blindly in search for answers or in search of the pivot. All of a sudden you’ll see a drop in the velocity of everybody else because the answers are simply more difficult to find when the pivot isn’t around to give them to you.

The velocity drop around the pivot happened because some of the team members got too used to not being independent. Having the pivot around and available reduced the need to find the answers for themselves. Now is the time to start developing that much needed independence.

In order to reduce the impact on velocity, you must first make the pivot more available to your team and set your expectations with them. But, you must make sure that the pivot’s answers aren’t “fish”, but are rather “fishing rods”. His answers should be links to documentations, links to tutorials, or explanations as to how he acquired his data. Now is the time to teach your team how to fish. Don’t feed them. Let them feed themselves. Otherwise, when the next time the pivot isn’t available they will starve. See the following (very scientific and accurate, I’ll have you know) graph I doodled with the amazing Excalidraw:

But how do you teach your devs to fish? Apart from trying to have your pivot show them where to get all the answers, of course. Well, it all boils down to ensuring that they have the right tools that help them properly understand their code. One of the major contributors to your team’s reliance upon the pivot dev is their lack of understanding of the code and the software that they’re working on. By giving them the ability to deep dive into the code and get the data they need to figure out what is happening in it, you’ll ensure a rise in their independence. So don’t worry, you and your pivot can sit back and relax at home in your pajamas, without having to worry that your devs aren’t able to work properly.

Making everybody independent will increase your team’s productivity and velocity. After becoming ‘fully remote’ I doubt you will ever go back to what it used to be. There are multiple indications in the industry that the way we work will change in the future. After you’ve seen what your pivotal people can achieve when your team is more independent, you will keep making sure that they have the right conditions, as well as the right tools, to flourish. And after you’ve seen what your team can achieve when they are focused on being independent, you will never allow any dependence to develop again. Either way, whether your company returns to business as usual or changes its day to day, you’ll come back stronger than ever.

Next SpringOne 2020 Day 2: Explore The Next Frontier Of Dev-Centric Platforms

How To Drive Customer Experience With Agile Principles 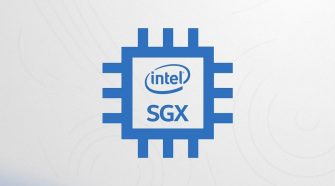