Kubernetes is Used in Production by 72% in China

At CNCF, we regularly survey our community to better understand the adoption of open source and cloud native technologies. For the third time, we conducted the Cloud Native Survey China in Mandarin to gain deeper insights into the pace of cloud native adoption in China, and how that’s empowering developers and transforming development in this large and growing community. This report builds on the first two China reports, published in March 2018 and November 2018.

The Cloud Native Survey China 2019 included responses from 300 people – 97% of which were in Asia, predominantly in China.

We know that containers have transformed cloud-based infrastructures but, over the last year, container use in production has become the norm. According to our global 2019 Cloud Native Survey, which we released earlier this year, 84% of respondents use containers in production, making container use ubiquitous across the globe.

The China survey indicates that while container usage in China lags behind global adoption, it is gaining momentum. Nearly half (49%) of respondents in the China survey use containers in production – a jump from 32% in our March 2018 survey and from 20% in November 2018.

Far fewer members in China plan to use containers in production – 32% versus 57% in our March 2018 survey and 40% in November. This means many organizations have put container plans into action and are no longer in the planning stage. However, there is still room for growth, which we fully expect to continue.

While containers bring phenomenal advantages, they still pose challenges. These have changed over time, but the challenge of complexity has remained consistent. In the China survey, complexity was named the top challenge by 53% of respondents – compared to 44% in our March 2018 survey, where it was also top, and 28% in November 2018, where it ranked third.

Security ranked second in terms of challenges, with 39% of respondents. It was the first time security was listed as a top challenge. Lack of training and networking tied for third at 36%, while reliability and monitoring were chosen as deployment challenges by 35% of survey respondents.

Kubernetes is emerging in the industry as a common platform for container orchestration, and the CNCF community in China has seen a massive spike in adoption. 72% of respondents reported using Kubernetes in production – a dramatic increase from 40% in November 2018.

Consequently, the number of those evaluating Kubernetes has fallen, dropping to 17% from 42%.

We also see growth in the size of production clusters of Kubernetes at both ends of the deployment spectrum. Most organizations responding to the China survey are using fewer than 10 clusters, but there has been an increase in those running more than 50. This is likely driven by the number of new respondents using containers in production, while those using production containers are adding more clusters.

Helm is the most popular method of packaging Kubernetes applications, chosen by 54% of respondents.

Managing objects in a cluster can be a challenge, but namespaces help by filtering and controlling them as groups. 71% of respondents separate their Kubernetes applications with namespaces. Of those that use Kubernetes with multiple teams, 68% use namespaces.

The speed of development and deployment has accelerated in China thanks to the combined power of cloud and containers, supported by Continuous Integration (CI) and Continuous Delivery (CD). Our survey quantifies development speed by the frequency developers check in code into repositories. Just over a third, 35%, check in code multiple times a day. 43% percent check in code a few times a week, and 16% check in a few times each month.

Most respondents work to weekly release cycles (43%) while just over a fifth (21%) work on monthly cycles, and 18% on daily cycles. 12% of those surveyed are working to ad-hoc schedules.

Many consider the foundation of successful CI/CD to be the automation of processes. However, our China survey revealed that purely automated environments are relatively rare – just 21% are employing automatic release cycles, with 31% relying on manual processes. The most popular response was hybrid, with 46%.

CI/CD is the philosophy and technology that enables agile and flexible delivery and lifecycle management of cloud native systems. The most popular CI/CD tool with the China community, Jenkins, is used by just over half of the community, 53%, and GitLab is used by 40%.

Cloud is growing, but this year’s China survey revealed a shift away from public cloud, consolidation of private, and the emergence of hybrid cloud. The use of public cloud appears to have peaked in our November 2018 survey at 51%, while this year, it dropped to 36%. Private cloud held steady, 42% versus 43% in November 2018. Hybrid cloud, a new option for this year, emerged at 39%.

CNCF stewards a large number of open source projects critical to the development, deployment, and lifecycle management of cloud native. CNCF projects are growing exponentially in China. For example, the Prometheus monitoring and alert system is used by 57% of respondents, up dramatically from 16% in March 2018. CoreDNS is now used by 35%, up from 10% in March 2018. The Containerd runtime has also seen staggering growth – up from 3% in March 2018 to 29% at the start of 2019.

There has been a shift in the perceived benefits of using cloud native projects in production since CNCF’s last China survey:

Serverless is being used as a hosted platform by 36% and as installable software by 22% of respondents in the China survey.

For those using serverless tools as a hosted platform, the top-three providers are Alibaba Cloud Function Compute (46%), AWS Lambda (34%), and a tie between Tencent Cloud Serverless Cloud Function and  Huawei FunctionStage (12%).

For those using serverless tools as installable software, Kubeless came first at 29%, followed by Knative at 22%, and Apache OpenWhisk at 20%.

For 2019 we added new questions on cloud native storage and service mesh. These are the popular cloud native projects underpinning these benefits in active production environments:

The Cloud Native Community in China

CNCF now has nearly 50 members in China. China is also the third-largest contributor to CNCF projects (in terms of contributors and committers) after the United States and Germany.

We have several case studies from China-based companies, including:

The China community learns about cloud native technologies in many different ways.

72% of China survey respondents learn about cloud native technologies through documentation. Each CNCF project hosts extensive documentation on their websites, which can be found here.

Events are a popular way for respondents to learn about cloud native technologies.

Meetups and local events, like Cloud Native Community Groups, were selected by 37% of respondents as a way to learn about cloud native technologies.

22% of respondents learn about cloud native technologies through technical webinars, with another 8% selecting business-oriented webinars, and 8% selecting CNCF webinars.

CNCF has ramped up its webinar program, with regular webinars scheduled for Chinese audiences. You can see the upcoming schedule and view recordings, slides, and replays of previous webinars here.

About the Survey Methodology & Respondents

A huge thank you to everyone who participated in this survey!

Previous Cloudflare Announces Cloudflare One, A Platform To Connect And Secure Companies And Remote Teams Anywhere, On Any Device

How Pub/Sub Eliminates Boring Meetings And Makes Your Systems Scale

NTT Com To Enhance Cloud Offerings In Japan And Worldwide 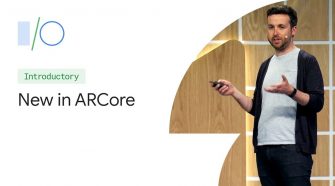