Before today, companies were limited to running individual applications on a single cloud provider. MongoDB Atlas multi-cloud clusters enables organizations to extend the geographic reach of their applications by allowing them to replicate data across all three major cloud providers to any of the currently 79 supported cloud regions worldwide. Multi-cloud clusters also gives organizations the unprecedented flexibility to seamlessly migrate their data—a typically onerous challenge—from one cloud provider to another to meet the changing needs of their application or business requirements.

MongoDB Atlas multi-cloud clusters lets developers leverage the best offerings from each cloud provider, including services such as AI, analytics, and serverless development products. For example, an organization running its applications on one cloud provider would be able to easily use another cloud provider’s AI and machine learning services on its operational data without dealing with the complexity of the movement of data. Additionally, multi-cloud clusters enables cross-cloud resiliency, which protects against region-wide incidents isolated to a single cloud platform. In such a situation, MongoDB Atlas can automatically fail over to another cloud serving the same geographic area, preserving low latency access to data and compliance with data residency requirements.

“Given the rapid innovations in cloud computing, customers are best served when they are given the freedom to choose how and where they run their workloads in the cloud,” said Dev Ittycheria, President & CEO of MongoDB. “With the availability of MongoDB Atlas multi-cloud clusters, customers can build, deploy and run powerful, highly available applications across different cloud providers, giving them unprecedented flexibility on where they can deploy applications, and what services they can leverage from our cloud infrastructure partners. No one else offers this, making MongoDB Atlas the most advanced cloud database available in the market.”

“A number of enterprises have expressed the desire to execute applications that share data on multiple public cloud platforms, but this has proven operationally difficult and somewhat expensive,” said Carl Olofson, Research Vice President, Data Management Software at IDC. “MongoDB Atlas multi-cloud clusters enables users to maintain shared data collections across public clouds, without the need for replication or exportation, giving customers an impressive degree of flexibility and it should be well received in the market.”

MongoDB Atlas is now available in 79 regions worldwide across AWS, Microsoft Azure, and Google Cloud. Over 18,800 customers use MongoDB Atlas.

MongoDB is the leading modern, general purpose database platform, designed to unleash the power of software and data for developers and the applications they build. Headquartered in New York, MongoDB has more than 20,200 customers in over 100 countries. The MongoDB database platform has been downloaded over 125 million times and there have been more than one million MongoDB University registrations.

How To: Install Python 3.7 In Ubuntu 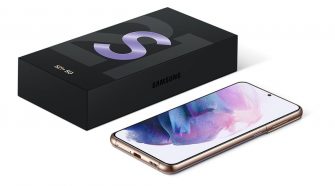