No matter what cloud segment you look at—BPaaS, PaaS, SaaS, IaaS and DaaS—thanks to the dizzying growth of cloud computing during the pandemic, all will continue an upward trajectory in 2021.

Public cloud services have been the one bright spot in IT spending in 2020, according to Gartner, particularly when the pandemic began last March. The firm is predicting that IT spending on public cloud will only continue to increase next year.

Despite a few hiccups early on in the pandemic, cloud proved its value, delivering for organizations by responding to increased demand and preference for elastic, pay-as-you-go consumption models, the firm said.

“The proportion of IT spending that is being allocated to cloud will accelerate even further in the aftermath of the COVID-19 crisis, as companies look to improve operational efficiencies,” said Ed Anderson, a distinguished vice president analyst at Gartner.

Forrester is predicting that the global public cloud infrastructure market will grow 35% to $120 billion in 2021, and that Alibaba Cloud will take the No. 3 revenue spot globally, after AWS and Azure.

The sentiment for continued growth in cloud spend is shared by other industry observers, who said there is little doubt cloud deployments will continue moving full speed ahead in 2021.

“Effectively, two years of transformation occurred in the first two months of the pandemic,” said Jeff DeVerter, CTO of solutions at Rackspace Technology. “I don’t think it will slow down. This is our new pace. The slow transformation days are gone.”

“The pandemic demonstrated that cloud is not an option any longer,” said Nicola Morini Bianzino, global CTO at EY. Without a cloud backbone, Morini Bianzino said, organizations cannot achieve:

Harnessing the true potential of the cloud requires a new IT operating model, he said. If they haven’t already, organizations should start upskilling talent and working with the cloud ecosystem in a more strategic manner next year, he advised.

Morini Bianzino also believes the long-term relevance of incumbent enterprise software providers will be “significantly challenged by the mega-players: Google, MSFT and AWS. Therefore, this will lead to major consolidations and blockbuster acquisition potential.”

Richard Beeson, CTO of software provider OSIsoft, is predicting that cloud as an operating system will become standard.

“We’re going to see a much greater prevalence of on-premises and edge cloud solutions (think cloud computing in an autonomous automobile), where more low latency, high data value and extreme reliability demands require both the capability of a cloud system [and] the physical adjacency and reliability of control systems,” Beeson said.

Cloud management and operating systems have evolved from a few custom platforms running in the data centers of companies like Microsoft, Amazon, and Google, to a tipping point where mass adoption, like DOS or Windows, for modern hardware platforms is possible, Beeson said.

Gartner further predicts that next year will see the growth of the distributed cloud, which is distribution of public cloud services to different physical locations, but keeping the provider responsible for the operation, governance, and evolution of those services.

As cloud growth continues, next year will see organizations getting costs under control, since that wasn’t the priority during the pandemic, Rackspace’s DeVerter predicted.

In 2021, Morini Bianzino predicts that most companies will move toward both multicloud and hybrid clouds to diversify and reduce risk.

“At EY, we are already there with 80% of our business in the cloud with hybrid and multicloud landscapes co-existing,” he said.

Next year, organizations will focus on how they can exploit multicloud usage, which DeVerter predicted will become “the cloud of choice.” The days of choosing a single cloud vendor are gone, he said.

“It’s more of an “and” story. To that point, what we’re also seeing and will see an awful lot of is openness; not just to move to a cloud but transform … not just an IaaS play or another data center, but really exploiting the power of cloud,” he said.

A true multicloud play means choosing a cloud because of its capability for a specific application, DeVerter explained. Each of the major cloud providers have their strengths, such as Google for AI and machine learning, for example. Users have started recognizing that but there will be more multiclouds utilized for their areas of expertise next year, he said.

DeVerter further believes traditional apps will become “truly native to the cloud” and organizations will utilize PaaS “as much as possible, even abandoning their custom apps for SaaS-based offerings.”

Cloud native tech will continue to power digital transformation strategies, agrees Forrester. “By the end of next year, 60% of companies will leverage containers on public cloud platforms and 25% of developers will leverage serverless,” the firm said.

Forrester further predicts that on-premises disaster recovery sites “will fade in 2021,” with recovery bound for the cloud.

COVID-19 shone a bright light on companies unprepared to recover quickly and refocused tech leaders on improving resiliency,” the firm said. “However, firms facing revenue losses and the challenges of a newly distributed workforce are now reevaluating whether public cloud is indeed a preferred DR target.”

Forrester estimates that in 2021, an additional 20% of firms will shift their DR operations to the public cloud for a mixed proportion of business applications. “For the remainder of the applications and infrastructure that run on proprietary stacks that can’t recover in public cloud, firms will continue to lean on some managed DR services or continue to pursue active-active data center models,” Forrester said.

All this momentum comes with a caveat. Cloud adoption won’t continue without challenge in 2021, according to Forrester. “Governments will also start to exert more influence over where and how companies can use cloud,” the firm stated.

Forrester predicts next year there will be “more regulations that force cloud users to carefully decide whether different cloud partners must serve each business region. It won’t be an easy decision.”

This article is republished from TechRepublic by Esther Shein.

No More Normal? No Problem When You Build Supply Chains With Data And AI 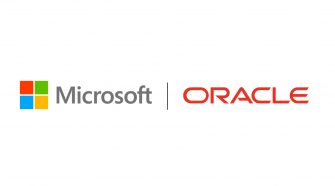