The following languages will help current and new web developers navigate the programming landscape to code web-based services and apps that are stable and secure.

In the last decade more and more applications have found their way to the cloud via web-based applications that work uniformly on almost any device running just about any operating system. Arguably, the days of using an OS for a specific application are largely behind us. Now, we can store data on the cloud, access it from the web app, modify it to our hearts’ content, and then save it, upload it, or share it with just a few taps or clicks.

At the center of this growth is, of course, the internet and the migration of many applications evolving into services running on remote, cloud-based hardware. This eliminates many of the resource requirements to properly run the app to a minimum set of requirements, largely based around the version of OS on your device.

Behind all services is a talented team of web developers that code each piece of the puzzle that makes up the overall experience—from the website or portal itself to the connection to back-end systems from the UI experience to the security protocols that secure it all for hundreds of thousands of users. And they do this with a nearly identical experience for each unique user daily and with speedy precision.

For those who have coding skills or are working tirelessly to polish them, below is a collection of the most in-demand programming languages used to develop (and maintain) these services.

Once again topping the majority of the programming language lists for recent years is Python. Is there anything it can’t do? This language is known for its flexibility in scaling web-based applications; its ability to run on most platforms, which means that apps created with Python can be leveraged across all supported device types without further modification; and its ease of use. These things make it among the easier programming languages to learn, which comes in handy when working with it.

It’s not without its cons, though, particularly when used in the mobile space or by virtue of it being generally slower because it’s an interpreted language. Python developers still find its strengths to be greater than its weaknesses overall.

JavaScript is huge in the mobile workspace, and there’s plenty of reasons it should be. A few of its stellar pros: Versatility, simplistic implementation, an easy entry point for beginners, large support community, excellent interoperability with other programming languages, and it runs very fast. It is considered the dominant language of the web with about 95% of websites using it to some degree or another.

Another feather in JavaScript’s cap is that all modern browsers have a built-in JavaScript engine which allows it to process scripts client-side much faster than server-side scripts. It does have its caveats, as all languages do, including that JavaScript is often exploited by threat actors to inject malicious code on users’ computers which have led to many disabling it on their systems. Additionally, JavaScript can sometimes be interpreted slightly differently from browser to browser which can (and will) change the experience for the end user.

PHP is considered a backend programming language, which means it often focuses more on how it handles interconnections between servers and data handling than the overall look or GUI (frontend) that users tend to focus on. With that said, PHP has a number of strengths in this realm, such as it being a stable, mature language with a plethora of powerful frameworks to serve as the foundation to drive just about any type of website or service. It’s supported by a rather large ecosystem of community members, including tools and automated tools for testing and deployments.

Pros aside, among the PHP cons are that development in PHP is sometimes slower compared with other languages on this list. It’s also not as secure by design as its competitors and is a bit more reliant on extensions for adding support and features.

Also known as Golang, this language has great support for multi-threading and lends itself well to distributed systems as it excels in scaling. It also helps that it was designed by Google Engineers and has solid support from the search giant, even implementing it as the base of its compiler toolchain and WebAssembly. The programming language is among the newer ones compared with the others on this list, but as Han Solo said of the Millennium Falcon, “… she’s got it where it counts, kid.” Adding to its superlatives, Go is among the easier languages to learn due to its reliance on cleaner syntax, and it’s compiled which makes it quite fast, and is made inherently secure by design.

Some concerns with using Go stem from a lack of versatility, as it’s primarily aimed at addressing issues that arise from working with multicore, networked, and working with large datasets. Also, complex apps written in Go can be less efficient at times, given its lack of virtual machine.

Not only is Java among the more mature programming languages, but it is also among the most heavily used, well, everywhere, as Java can be found in not only web apps, but also Blu-Ray players, enterprise apps, smartphones, and so on. One of the main reasons for its ubiquity lies in the fundamental belief of, “Write once, run anywhere.” This leverages the Java foundation across the board so that it is the same regardless of the device or app which contains it so it should, in theory, run the same every time.

There’s a reason Java is so heavily relied upon given its stability and platform independence, but that also comes at the cost of its memory management capabilities and slower-than-average performance, when compared to natively complied applications running on similar resources.

While this list was only to focus on the top 5 languages, I could not help but include Ruby—and by extension Ruby on Rails—because of the frameworks that make it one of the leaders in web development. Like PHP above, Ruby is often considered more of a backend programming language and carries with it a large community of knowledgeable supporters, it has a great number of libraries and tools for building feature-rich websites, and strong, standards-based adherence.

Though it’s not as mainstream as some of the competing languages on this list, it is known for its strengths in e-commerce, as evidenced by some websites that were created using Ruby, like AirBNB and Hulu. It is not without its problems, such as consuming resources excessively, which can lead to poor performance, and it can grow to be quite complex, meaning those new to the language can have an exceedingly more difficult time with the learning curve.

This article is republished from TechRepublic by Jesus Vigo. 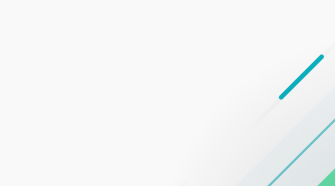