It’s often said that success is more about the journey than it is about your destination. But for a modern tech organization, just the opposite is true. Every technology journey gets judged by its outcome: Does it contribute something of value to the business?

The emergence of cloud-based managed services didn’t change the importance of this question for IT organizations. But the cloud has challenged IT to rethink which technology choices truly create business value—and which ones today aren’t as compelling as they used to be.

Database systems are a great example of how this process is playing out for many IT organizations. The care and feeding of an on-premises database is one of the most expensive, demanding, and unforgiving IT functions. A typical enterprise will dedicate a small army of database administrators, along with a good part of its server, storage, network, and disaster recovery infrastructure, to keep business-critical data stores available and secure.

Modern database systems, including MongoDB, have been a big step forward—giving businesses a more flexible, scalable, and developer-friendly alternative to legacy relational databases. But there’s an even bigger payoff with a solution such as MongoDB Atlas: a fully managed, database-as-a-service (DBaaS) offering. It’s an approach that gives businesses all of the advantages of a modern, scalable, highly available database, while freeing IT to focus on high-value activities.

Forbes and MongoDB Atlas: rising to the challenge of record-setting growth

Forbes is one example of what’s possible when a tech organization executes a growth strategy that integrates a DBaaS solution with a cloud-native application architecture—in this case, migrating from self-managed MongoDB to MongoDB Atlas running on Google Cloud.

Forbes was one of the first media brands to launch a web presence, and its team was already contending with a long run of record-breaking growth. In May 2020 alone, the company attracted more than 120 million unique visitors to Forbes.com. At the same time, however, Forbes was tasked with driving an aggressive growth and innovation strategy that included seven new online newsletters and an array of new services for both readers and journalists.

Forbes’ decision to migrate from its on-premises MongoDB deployment to MongoDB Atlas database running on Google Cloud was crucial to hitting its business technology goals. By adopting a cloud-native architecture, Forbes could also implement an intermediate abstraction layer that placed a stable API on top of the database. This allowed more freedom and flexibility to work with changing data structures while minimizing the risk of breaking the services that use the data. In addition, by pairing MongoDB Atlas with Google Cloud, Forbes could build its digital products on a reliable and highly scalable infrastructure—one that can seamlessly handle both upward and downward spikes in traffic, without the cost and complexity of overprovisioning.

And by adopting a fully managed DBaaS, Forbes got out from under the immense burden of managing, scaling, and securing an on-premises system. Resources the company had devoted to running database systems and infrastructure were now free to focus entirely on delivering high-value projects that drove growth and elevated the Forbes reader experience.

“We did not want to be in the database management business,” said Forbes CTO Vadim Supitskiy. “We were now abstracted enough to focus solely on value delivery.”

Forbes’ decision to run MongoDB Atlas on Google Cloud yielded other important benefits. The company’s application architecture, for example, relied on Kubernetes to orchestrate more than 50 microservices, which made Google Kubernetes Engine (GKE) a key source of IT value. Forbes unlocked additional value via integrations with other pieces of the Google Cloud software ecosystem, including its AI and machine learning capabilities; and with serverless applications built on App Engine that dramatically improved developer productivity and efficiency.

For Forbes, the move to MongoDB Atlas on Google Cloud is already showing results: Release cycles for services have accelerated anywhere from 2x-10x, while total cost of ownership for its database system has dropped by 25%. And the company’s newly launched newsletters drove a 92% increase in overall newsletter subscriptions during 2020—a critical metric for any brand, and one that can be hard to push upward in a highly competitive industry.

An example like Forbes provides a good starting point for understanding how MongoDB Atlas and Google Cloud can create value for your IT organization when assessing DBaaS offerings on various cloud platforms.

1. Who is managing a database service, and how will they add value to an offering? Look around online, and you’ll find a number of vendors with cloud offerings that look, at first glance, very similar to MongoDB Atlas. Some of these actually use MongoDB, but they may or may not offer the latest version with the most complete capabilities. Other vendors don’t actually use MongoDB but rather attempt to emulate it—and their efforts may fall short in unpredictable ways.

What’s unique about MongoDB Atlas is the fact that it’s built, supported, and maintained by the core MongoDB engineering team. There’s tremendous value in getting database support directly from MongoDB engineers and consulting services from engineers with multiple years of MongoDB experience.

MongoDB Atlas also holds a significant technology edge over third-party managed database services based on MongoDB. Compared to these competing offerings, for example, only MongoDB Atlas supports all MongoDB features with full application compatibility, or access to the latest MongoDB version, or even the most complete JSON data type support.

2. Will a database service support a true cloud-native app strategy? In theory, moving your database to the cloud opens the doors to massive gains in performance, scalability, and innovation potential. In practice, not every managed database is equal in terms of being engineered and optimized as a cloud-native application.

Keeping this in mind, there are five key areas where you should expect any cloud database, including MongoDB Atlas, to offer a clear advantage over legacy database systems:

3. Does a database service maximize your freedom and flexibility? Every cloud provider wants your business, but the reality is that many companies want the ability to deploy databases, services, and data stores across multi-cloud and hybrid cloud environments. MongoDB Atlas offers true multi-cloud capabilities, with easy portability between clouds. MongoDB also supports public cloud, private cloud, on-premises, and hybrid deployments with MongoDB Enterprise Advanced.

This degree of multi-cloud support also means that MongoDB Atlas is available across a total of more than 70 public-cloud global regions—a high-value capability for companies with specialized data security, governance, or compliance requirements.

4. How dependent is your business on your ability to provide a high-quality customer experience—anywhere, at any time? Adopting a truly global database infrastructure isn’t just about data security or disaster recovery. It’s also a major piece of the puzzle for businesses focused on global growth, especially in regions where digital businesses often create less-than-stellar customer experiences due to performance and latency issues.

MongoDB Atlas addresses these types of performance issues with its use of global clusters—in essence, a cluster that includes different zones around the world to handle both reads and writes. By combining MongoDB Atlas with Google Cloud’s virtual private cloud capabilities, it becomes possible to build applications that offer in-region latency experiences for audiences almost anywhere in the world. And that’s an advantage with game-changing potential for any business aiming to build a loyal and satisfied global customer base.

The goal: Getting the most from your cloud choices

There’s tremendous value in migrating to a database service that frees up IT for projects that drive innovation and growth, and MongoDB Atlas meets that need. But questions like the ones above address the bigger challenge: choosing a DBaaS offering that truly taps into the full potential the cloud has to offer, and that leaves nothing off the table in terms of performance, growth, freedom, and flexibility. This is a much stricter and more difficult standard for any cloud application to meet, and it’s the reason why MongoDB Atlas and Google Cloud offer some important and unique advantages.

9 Ways To Use Open Source Every Day

Made By Google 2019: A Recap Of Google’s Biggest Announcements

How To Detect If Someone’s Stealing Your WiFi

Microsoft Increases Commitment To Eliminate The US Rural Broadband Gap 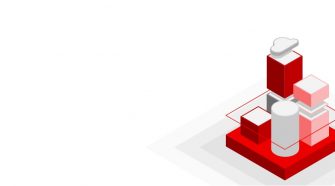