New Relic, Inc., a leader in observability, announced it has signed a definitive agreement to acquire Pixie Labs, a next generation machine intelligence observability solution for developers using Kubernetes. Pixie dramatically simplifies the process of troubleshooting and live debugging applications in Kubernetes environments by providing instant access to telemetry data without the need to manually add instrumentation to the code. The anticipated addition of Pixie will expand New Relic’s opportunity to serve the rapidly growing Kubernetes market, and drive the acceleration of observability across organizations of every size.

Modern developers are adopting Kubernetes as the de facto standard for managing  containerized workloads on premises and in the cloud. The Cloud Native Computing Foundation recently reported that 83% of survey respondents use Kubernetes in production, up from 58% in 2018. Yet, software engineering teams consistently struggle to troubleshoot, debug, and gain visibility into applications running in Kubernetes clusters.

Pixie Labs’ technology significantly simplifies observability for Kubernetes environments. With Pixie, telemetry data runs entirely inside Kubernetes at the edge. This first-of-its-kind approach provides telemetry to developers with lower overhead, latency, and costs. New Relic plans to integrate the best of Pixie use cases with New Relic One, where customers will gain access to powerful features, including advanced correlation and alerting with Applied Intelligence, advanced visualization and analytics with Full Stack Observability, and extended data retention and compliance through Telemetry Data Platform. Pixie’s technology will complement New Relic’s powerful Kubernetes observability features in New Relic One available today, including the Kubernetes Cluster Explorer.

Comments on the news:
“At New Relic, we believe that every developer in the world should have observability as part of their toolkit, so they can easily visualize and troubleshoot their entire software stack,” said New Relic CEO and Founder Lew Cirne. “As Kubernetes rapidly becomes the default environment for deploying and managing software in the cloud, we’re doubling down on our Kubernetes strategy with the acquisition of Pixie Labs. Our goal is to make Pixie and New Relic One ubiquitous to the millions of developers responsible for building and deploying applications in Kubernetes environments.”

“We founded Pixie Labs to build a magical developer experience that redefines how developers explore, monitor, secure, and manage their applications. And the team at New Relic shares our developer-first approach,” said Zain Asgar, Co-founder/CEO of Pixie Labs and an Adjunct Professor of Computer Science at Stanford University. “Joining forces with New Relic will enable us to scale the Pixie platform faster and accelerate our ability to deliver on that vision for developers.”

“Pixie is the first telemetry tool I’ve used that provides operational telemetry out of the box with zero changes to application code. With a simple command-line deploy, I can see data and troubleshoot my Kubernetes apps in minutes,” said Roopak Venkatakrishnan, staff software engineer at Bolt, a fintech company. “This is a game changer for the observability industry and I’m excited they’ll continue to bring this technology to market as part of the New Relic family.”

“Kubernetes is rapidly becoming our standard environment for deploying all new workloads, and Pixie’s technology allows us to instantly troubleshoot, debug, and see the performance of these applications,” said Darshan Desai, founder and CEO of Plan, a productivity software company. “Pixie has been transformational for our development team. Nothing else in the market today has allowed us to drastically simplify and unlock the full potential of Kubernetes like Pixie.”

This press release contains “forward-looking” statements, as that term is defined under the federal securities laws, including but not limited to the addition of Pixie Labs and the benefits of this anticipated acquisition on New Relic’s opportunity to serve the growing Kubernetes market, potential features customers can gain upon future ingestion of telemetry data from Pixie into New Relic, expectations as to the increase in empowerment to developers as a result of this combination, the anticipated timing and completion of the deal, as well as any additional benefits of the future purchase and integration of Pixie by and into New Relic. The achievement or success of the matters covered by such forward-looking statements are based on New Relic’s current assumptions, expectations, and beliefs and are subject to substantial risks, uncertainties, assumptions, and changes in circumstances that may cause New Relic’s actual results, performance, or achievements to differ materially from those expressed or implied in any forward-looking statement. Further information on factors that could affect New Relic’s financial and other results and the forward-looking statements in this press release is included in the filings New Relic makes with the SEC from time to time, including in New Relic’s most recent Form 10-Q, particularly under the captions “Risk Factors” and “Management’s Discussion and Analysis of Financial Condition and Results of Operations.” Copies of these documents may be obtained by visiting New Relic’s Investor Relations website at http://ir.newrelic.com or the SEC’s website at www.sec.gov. New Relic assumes no obligation and does not intend to update these forward-looking statements, except as required by law.

The world’s best engineering teams rely on New Relic to visualize, analyze and troubleshoot their software. New Relic One is the most powerful cloud-based observability platform built to help companies create more perfect software. Learn why customers trust New Relic for improved uptime and performance, greater scale and efficiency, and accelerated time to market at newrelic.com.

New Relic is a registered trademark of New Relic, Inc.

Dynatrace Enables Speed And Confidence In U.S. Government Agency’s Migration To The Cloud

Four Security Trends For ‘22—And What To Do About Them 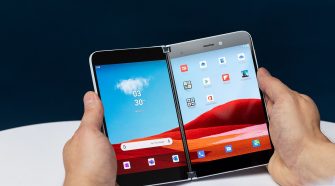