Verizon has begun notifying some Fios customers that, due to Hearst Television demanding unreasonably large rate increases that might force customers to pay more to access the same content, Verizon may soon be forced to stop offering channels owned by Hearst.

While millions of Americans are struggling in an ongoing pandemic, Hearst Television has demanded Verizon pay increases so high that it might force customers’ monthly bills to go up. Verizon will not stand for that. This is in an effort to protect customers from unreasonable costs.

“Affordable local news is vital and customers want quality at-home entertainment, especially during a pandemic, so Verizon is surprised that Hearst Television is demanding pay increases that might keep Fios customers from watching their channels. We urge Hearst Television to get serious about reaching a fair agreement and hope they will not remove their channels while negotiations continue.”

“The unreasonably high rate hikes proposed by Hearst is the latest in a series of escalating demands that show the retransmission model is fundamentally broken. Verizon maintains that this anti-consumer practice is unsustainable, both in current conditions and looking forward, so we must push back and foster a system that better meets consumer needs.”

On January 1, 2021, Fios customers in select markets may lose the ability to watch their favorite programming, including local news, major live sporting events and other notable entertainment. Though Verizon hopes to reach an agreement that gives customers continued access, Hearst Television may choose to remove channels from Fios TV.

Hearst owns and operates several channels currently available to Fios customers, including WBAL-NBC in Baltimore, WGAL-NBC in Harrisburg, WTAE-ABC in Pittsburgh, WCVB – ABC and WMUR-ABC in Boston/Manchester. Customers can visit verizon.com/hearst/ to learn about their viewing options.

Previous What Does It Mean For Code To "Work"?

Next Are Your Credentials Already In Cyber Criminals’ Hands? 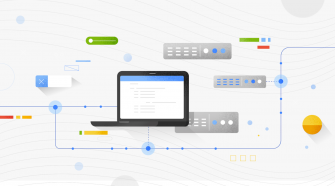