Explore Python (and other programming languages) by writing a “guess the number” game.

In this series, we’re writing the same application in different programming languages to compare how various languages work and to show how using a standard test program is a great way to learn new ways to program.

When you learn a new programming language, it’s good to focus on the things they have in common. Variables, expressions, and statements are the basis of most programming languages. Once you understand these concepts, you can start figuring the rest out.

Because programming languages share many similarities, once you know one, you can usually learn the basics of another by looking at how it differs from what you know. Using a standard test program you’ve written in other languages enables you to focus on the language, not the program’s logic.

To prove this point, we’re testing how to write a “guess the number” program in multiple languages. The computer picks a number between one and 100 and asks you to guess it. The program loops until you guess the correct answer.

Guess the number in Python

You can explore Python by writing a version of the “guess the number” game. Here is my implementation:

To assign a value to a variable, list the variable’s name, followed by the = sign. For example, the statement random = 0 assigns a zero value to the random variable.

The first line of the script imports the random module. Since all the programs in this series use random as the name of the variable, you can use import random as randomlib to import it under an alias to avoid name conflicts.

Few functions are built into Python; most have to be imported explicitly from the standard library. The random standard library module has the functionality to generate all kinds of random values.

The second line of the script reads the result of the function randint() and assigns it to the variable called random. The function takes two arguments: a minimum and a maximum. In this case, the range is 1 to 100, making the game just challenging enough.

You can also prompt the user to enter a value using the input() function. If you write guess = int(input()), Python waits for the user to enter some text, converts it to an integer, and then stores that value in the guess variable.

Python supports conditional expressions and flow control like loops. In the “guess the number” game, Python continues looping as long as the value in guess is not equal to random.

Now that you’ve written your Python program, run it to play the “guess the number” game. Every time you run the program, Python will pick a different random number. To complete this game, you need to guess until you find the correct number:

How To Install And Configure Redis In Ubuntu

Reasons To Flatten Your Source Code

5 Reasons Why I Love Coding On Linux 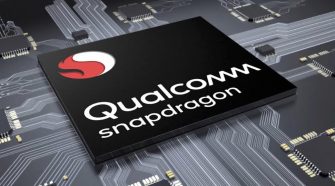