4 Reasons To Choose Linux For Art And Design

Open source enhances creativity by breaking you out of a proprietary mindset and opening your mind to possibilities. Explore several open source creative programs.

In 2021, there are more reasons why people love Linux than ever before. In this series, I’ll share 21 different reasons to use Linux. Today I’ll explain why Linux is an excellent choice for creative work.

Linux gets a lot of press for its amazing server and cloud computing software. It comes as a surprise to some that Linux happens to have a great set of creative tools, too, and that they easily rival popular creative apps in user experience and quality. When I first started using open source creative software, it wasn’t because I didn’t have access to the other software. Quite the contrary, I started using open source tools when I had the greatest access to the proprietary tools offered by several leading companies. I chose to switch to open source because open source made more sense and produced better results. Those are some big claims, so allow me to explain.

The term productivity means different things to different people. When I think of productivity, it’s that when you sit down to do something, it’s rewarding when you’re able to meet whatever goal you’ve set for yourself. If you get interrupted or stopped by something outside your control, then your productivity goes down.

Computers can seem unpredictable, and there are admittedly a lot of things that can go wrong. There are lots of hardware parts to a computer, and any one of them can break at any time. Software has bugs and updates to fix bugs, and then new bugs introduced by those updates. If you’re not comfortable with computers, it can feel a little like a timebomb just waiting to ensnare you. With so much potentially working against you in the digital world, it doesn’t make sense to me to embrace software that guarantees not to work when certain requirements (like a valid license, or more often, an up-to-date subscription) aren’t met. 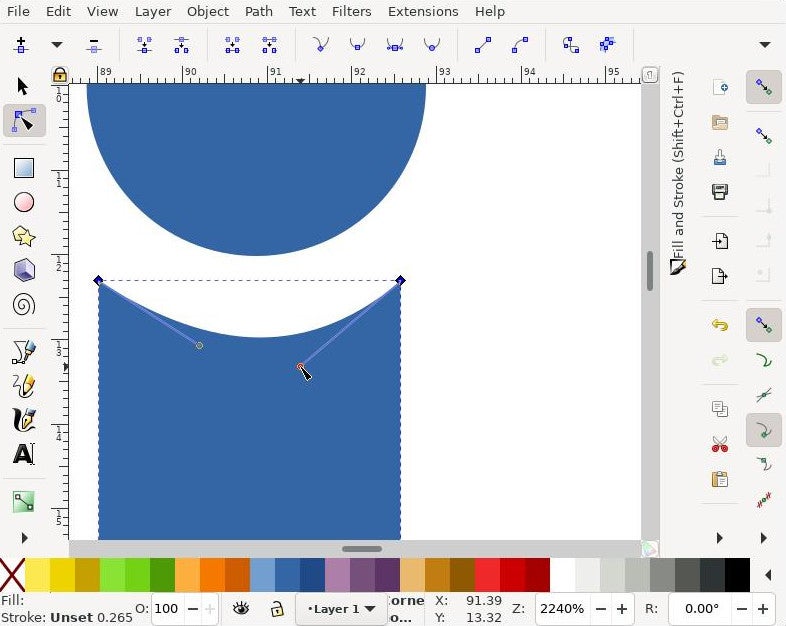 Open source creative apps have no required subscription fee and no licensing requirements. They’re available when you need them and usually on any platform. That means when you sit down at a working computer, you know you have access to your must-have software. And if you’re having a rough day and you find yourself sitting in front of a computer that isn’t working, the fix is to find one that does work, install your creative suite, and get to work.

When I was working in the creative industry, it sometimes surprised me how many of my colleagues were self-taught both in their artistic and technical disciplines. Some taught themselves on expensive rigs with all the latest “professional” applications, but there was always a large group of people who perfected their digital trade on free and open source software because, as kids or as poor college students, that was what they could afford and obtain easily.

That’s a different kind of high availability, but it’s one that’s important to me and many other users who wouldn’t be in the creative industry but for open source. Even open source projects that do offer a paid subscription, like Ardour, ensure that users have access to the software regardless of an ability to pay.

When you don’t restrict who gets to use your software, you’re implicitly inviting more users. And when you do that, you enable a greater diversity of creative voices. Art loves influence, and the greater the variety of experiences and ideas you have to draw from, the better. That’s what’s possible with open source creative software.

We all acknowledge the value of inclusivity in basically every industry. Inviting more people to the party results in a greater spectacle, in nearly every sense. Knowing this, it’s painful when I see a project or initiative that invites people to collaborate, only to limit what kind of file formats are acceptable. It feels archaic, like a vestige of elitism out of the far past, and yet it’s a real problem even today.

In a surprise and unfortunate twist, it’s not because of technical limitations. Proprietary software has access to open file formats because they’re open source and free to integrate into any application. Integrating these formats requires no reciprocation. By stark contrast, proprietary file formats are often shrouded in secrecy, locked away for use by the select few who pay to play. It’s so bad, in fact, that quite often, you can’t open some files to get to your data without the proprietary software available. Amazingly, open source creative applications nevertheless include support for as many proprietary formats as they possibly can. Here’s just a sample of Inkscape’s staggering support list:

And that’s largely without contribution from the companies owning the file formats.

Supporting open file formats is more inclusive, and it’s better for everyone.

No restrictions for fresh ideas

One of the things I’ve come to love about open source is the sheer diversity of how any given task is interpreted. When you’re around proprietary software, you tend to start to see the world based on what’s available to you. For instance, if you’re thinking of manipulating some photos, then you generally frame your intent based on what you know to be possible. You choose from the three of four or ten applications on the shelf because they’re the only options presented.

You generally have several obligatory “obvious” solutions in open source, but you also get an additional dozen contenders hanging out on the fringe. These options are sometimes only half-complete, or they’re hyper-focused on a specific task, or they’re challenging to learn, but most importantly, they’re unique and innovative. Sometimes they’ve been developed by someone who’s never seen the way a task is “supposed to be done,” and so the approach is wildly different than anything else on the market. Other times, they’re developed by someone familiar with the “right way” of doing something but is trying a different tactic anyway. It’s a big, dynamic brainstorm of possibility.

These kinds of everyday innovations can lead to flashes of inspiration, moments of brilliance, or widespread common improvements. For instance, the famous GIMP filter that removes items from photographs and automatically replaces the background was so popular that it later got “borrowed” by proprietary photo editing software. That’s one metric of success, but it’s the personal impact that matters most for an artist. I marvel at the creativity of new Linux users when I’ve shown them just one simple audio or video filter or paint application at a tech demo. Without any instruction or context, the ideas that spring out of a simple interaction with a new tool can be exciting and inspiring, and a whole new series of artwork can easily emerge from experimentation with just a few simple tools.

There are also ways of working more efficiently, provided the right set of tools are available. While proprietary software usually isn’t opposed to the idea of smarter work habits, there’s rarely a direct benefit from concentrating on making it easy for users to automate tasks. Linux and open source are largely built exactly for automation and orchestration, and not just for servers. Tools like ImageMagick and GIMP scripts have changed the way I work with images, both for bulk processing and idle experimentation.

You never know what you might create, given tools that you’ve never imagined existed.

There’s a whole community of artists using open source, from photography to makers to musicians, and much much more. If you want to get creative, give Linux a go.

Previous 4 Important Tips To Help Scale Your Startup In 2021

Here’s What To Know About Changes To Kubectl Authentication Coming In GKE V1.25

How To Provision And Manage Memorystore Instance In GCP 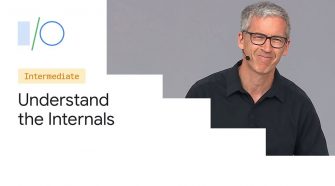 Google I/O 2019 | Kotlin Under the Hood: Understand the Internals