A natural aptitude for learning languages is a stronger predictor of learning to program than basic math knowledge, or numeracy, according to new research.

That’s because writing code also involves learning a second language, an ability to learn that language’s vocabulary and grammar, and how they work together to communicate ideas and intentions. Other cognitive functions tied to both areas, such as problem solving and the use of working memory, also play key roles.

“Many barriers to programming, from prerequisite courses to stereotypes of what a good programmer looks like, are centered around the idea that programming relies heavily on math abilities, and that idea is not born out in our data,” says lead author Chantel Prat, an associate professor of psychology at the University of Washington and at the Institute for Learning & Brain Sciences.

“Learning to program is hard, but is increasingly important for obtaining skilled positions in the workforce. Information about what it takes to be good at programming is critically missing in a field that has been notoriously slow in closing the gender gap.”

The research examined the neurocognitive abilities of more than three dozen adults as they learned Python, a common programming language. Following a battery of tests to assess their executive function, language, and math skills, participants completed a series of online lessons and quizzes in Python. Those who learned Python faster, and with greater accuracy, tended to have a mix of strong problem-solving and language abilities.

LEARNING TO CODE AND COGNITIVE SKILLS

In today’s STEM-focused world, learning to code opens up a variety of possibilities for jobs and extended education. Coding associates with math and engineering; college-level programming courses tend to require advanced math to enroll and they tend to be taught in computer science and engineering departments.

Other research, namely from psychology professor Sapna Cheryan, has shown that such requirements and perceptions of coding reinforce stereotypes about programming as a masculine field, potentially discouraging women from pursuing it.

But coding also has a foundation in human language: Programming involves creating meaning by stringing symbols together in rule-based ways.

Though a few studies have touched on the cognitive links between language learning and computer programming, some of the data is decades old, using languages such as Pascal that are now out of date, and none of them used natural language aptitude measures to predict individual differences in learning to program.

So Prat, who specializes in the neural and cognitive predictors of learning human languages, set out to explore the individual differences in how people learn Python. Python was a natural choice, Prat explains, because it resembles English structures such as paragraph indentation and uses many real words rather than symbols for functions.

To evaluate the neural and cognitive characteristics of “programming aptitude,” Prat studied a group of native English speakers between the ages of 18 and 35 who had never learned to code.

Before learning to code, participants took two completely different types of assessments. First, participants underwent a five-minute electroencephalography scan, which recorded the electrical activity of their brains as they relaxed with their eyes closed. In previous research, Prat showed that patterns of neural activity while the brain is at rest can predict up to 60% of the variability in the speed with which someone can learn a second language (in that case, French).

“Ultimately, these resting-state brain metrics might be used as culture-free measures of how someone learns,” Prat says.

Then the participants took eight different tests: one that specifically covered numeracy; one that measured language aptitude; and others that assessed attention, problem-solving, and memory.

To learn Python, the researchers assigned participants 10 45-minute online instruction sessions using the Codeacademy educational tool. Each session focused on a coding concept, such as lists or if/then conditions, and concluded with a quiz that a user needed to pass in order to progress to the next session. For help, users could turn to a “hint” button, an informational blog from past users and a “solution” button, in that order.

From a shared mirror screen, a researcher followed along with each participant and was able to calculate their “learning rate,” or speed with which they mastered each lesson, as well as their quiz accuracy and the number of times they asked for help.

After completing the sessions, participants took a multiple-choice test on the purpose of functions (the vocabulary of Python) and the structure of coding (the grammar of Python). For their final task, they programmed a game—Rock, Paper, Scissors—considered an introductory project for a new Python coder. This helped assess their ability to write code using the information they had learned.

Presented another way, across learning outcomes, participants’ language aptitude, fluid reasoning and working memory, and resting-state brain activity were all greater predictors of Python learning than was numeracy, which explained an average of 2% of the differences between people. Importantly, Prat also found that the same characteristics of resting-state brain data that previously explained how quickly someone would learn to speak French, also explained how quickly they would learn to code in Python.

“This is the first study to link both the neural and cognitive predictors of natural language aptitude to individual differences in learning programming languages. We were able to explain over 70% of the variability in how quickly different people learn to program in Python, and only a small fraction of that amount was related to numeracy,” Prat says.

Further research could examine the connections between language aptitude and programming instruction in a classroom setting, or with more complex languages such as Java, or with more complicated tasks to demonstrate coding proficiency, Prat says.

PyCon 2019 | Writing About Python (Even When You Hate Writing)

Apple Fitness+: The Next Era Of Fitness Is Here, And Everyone’s Invited

2020: The Year In Databases At Google Cloud 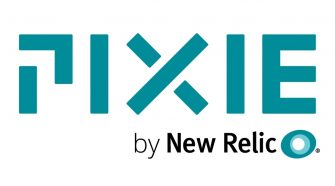