You can study the interactive version of this chart here.

In the years leading up to the pandemic, annual global wage growth was fluctuating stably between 1.6%–2.2%. Now, income, working hours, and employment have all been impacted by COVID-19—but for those who have held onto their jobs, how have wages been affected?

This interactive chart from the International Labour Organization (ILO) reveals how the global pandemic has affected both nominal and real wages, as well as unemployment rates.

The date of data collection varies on a country-by-country basis, using the most recent available data. The most recent measurement of wage indices is from September 2020 in some countries and the least recent available data comes from Q2’2020. In select countries the date of unemployment rates and wage indices are different. As a point of reference, the average wage index in 2019 was 100.

Where average wages are falling

Average wages in many countries either plateaued or decreased significantly during the global pandemic. Sharp declines happened across a number of European countries, as well as in South Africa and Japan, for example.

Falling wages, however, do not necessarily mean that people are receiving less money, as many subsidies have been put in place to help cushion income or job loss.

In many cases where wage indices declined, employment did not. This is because different job retention schemes were put in place, wherein workers were furloughed, but were given a portion of their wages from the national government. This allowed unemployment rates to remain steady while wages tapered off.

In Europe, where wages have dropped considerably in many countries, wage subsidies have compensated for nearly 40% of wage bill loss in select countries. But while high income countries can afford to inject stimulus into their economies, most lower income countries cannot. This has come to be described as the fiscal stimulus gap.

Where average wages are rising

While perhaps counterintuitive, rising average wages are in no way an inherent sign of a recovering economy or labor market. Regardless, when compared to 2019, wages have actually increased in the majority of countries, such as Brazil, Canada, United States, Italy, and the UK.

Brazil is a prime example of the compositional effect. As both nominal and real wages increase, so does unemployment. Brazil’s current unemployment rate is 13.3%, while wages have skyrocketed to a real wage index of 107.3 during the first half of 2020.

The loss of these lower paying jobs has been extremely widespread, most negatively impacting informal workers, self-employed vendors, and migrant workers. Some policymakers have seen this as an opportunity to call for universal basic income. Even with job retention schemes to keep unemployment steady, many people are earning far less income and may never return to normal working hours in their current positions.

Previous 3 Technologies Poised To Change Food And The Planet

Next From PC To Mobile: Lessons In Expanding To Multi-Platform Gaming

Google I/O 2019 | Kotlin Under the Hood: Understand the Internals 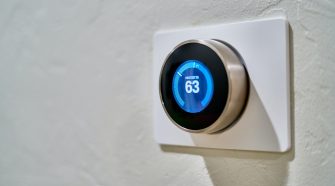