IBM, the Official Cloud and AI partner for the Recording Academy®, announced the launch of GRAMMY® Debates with Watson, a new digital fan experience, powered by IBM Watson’s natural language processing (NLP) capabilities and cloud technologies. In addition to this new fan experience, the Recording Academy announced it is transitioning its consumer-facing online platform, GRAMMY Backstage, to a digital environment running on IBM Cloud that will seamlessly host the preshow, the GRAMMY Awards Premiere Ceremony®, and additional show content. GRAMMY Debates with Watson will run through the 63rd Annual GRAMMY Awards®, taking place on March 14.

In order to design technology-driven fan experiences to engage and attract viewers and music fans, IBM and the Recording Academy conducted several design thinking workshops and developed an interactive experience that use IBM Cloud and IBM Watson to enhance the show’s engagement experience. This is the fourth year that IBM has partnered with the Recording Academy to bring the power of artificial intelligence (AI) technology to the GRAMMY Awards.

GRAMMY Debates with Watson is a multi-week, AI-curated music debate experience, available to fans around the world. The experience allows music fans to contribute their individual points of view to some of the most compelling music-related conversations. Hosted on GRAMMY.com, fans can engage in debates related to the most groundbreaking artist or biggest style icon and add their pro or con arguments, in 8–36-word count summaries, via the online portal. As an example, one debate topic is “Music education should be mandatory in all K-12 schools.” The input and data from the debates will be processed by IBM Watson, and lead to “conclusions,” that offer analysis on the submissions in real time.

The GRAMMY Debates with Watson solution taps into the strong pipeline of innovations coming to IBM Watson from IBM Research to advance AI for business. IBM’s AI for business strategy is designed to help organizations predict, optimize and automate processes through advancements in NLP, automation and trust. NLP is key to interpreting the trends and insights hidden within enterprise data. GRAMMY Debates with Watson uses an innovation from the IBM Research Project Debater team – Key Point Analysis – that IBM plans to commercialize in IBM Watson NLP products such as Watson Discovery and Watson Natural Language Understanding. Key Point Analysis reviews fan input on the topics posed on GRAMMY.com to identify the most prevalent points and main topics of the submissions. Then, natural language generation technology is used to create cohesive pro and con narratives on each of the topics. The solution will also analyze public posts from social networks, such as Twitter, to help inform the debates. Using IBM Watson to analyze and synthesize natural language helps to scale the capabilities of the Recording Academy’s editorial team so that they can produce more engaging experiences using insights and data.

“The launch of GRAMMY Debates with Watson gives GRAMMY viewers an entirely new way to engage with fellow music lovers and be a part of the conversation. It’s great to continue innovating our digital and fan experiences with IBM and to explore how AI and cloud technology can be applied to make our awards show more interactive for viewers,” said Lisa Farris, Chief Marketing & Innovation Officer at the Recording Academy. “We’re excited to bring IBM’s expertise to the GRAMMY Awards, and the work we do to support music creators and celebrate Music’s Biggest Night®.”

“Our work with the Recording Academy is another example of how we’re applying IBM’s cutting-edge technology to revolutionize the entertainment industry and bring clients innovative and compelling experiences for their key audiences,” said Noah Syken, Vice President of Sports & Entertainment Partnerships, IBM. “These are the same core technologies – hybrid cloud and AI – that we’re using to drive digital transformation for clients around the world.”

In addition to GRAMMY Debates with Watson, IBM announced the 63rd GRAMMY Awards day-of-show takeover on GRAMMY.com will be hosted for the first-time entirely on the IBM Cloud. This is a part of the Recording Academy’s journey to hybrid cloud, building modern, containerized applications on Red Hat OpenShift. IBM will power GRAMMY Backstage, as the digital experience is known, by using a hybrid cloud approach enabled by Red Hat OpenShift, the industry’s leading enterprise Kubernetes platform, with workloads running on multiple public and private clouds operating seamlessly. IBM will be migrating the digital environment that hosts the preshow, GRAMMY Awards Premiere Ceremony, and additional show content (articles, photo galleries, video highlights, etc.) to the IBM Cloud. GRAMMY Backstage will be seamlessly embedded into the GRAMMY.com homepage, and with the IBM Cloud will be able to securely scale the delivery of GRAMMY Backstage to the more than seven million fans worldwide, who are anticipated to tune in.

Cola European Partners. The natural language processing innovations powering GRAMMY Debates with Watson can also be found in solutions like Watson Discovery and Watson Assistant, used by ecosystem partners like EY, and companies in industries including healthcare, retail, telecommunications and more. The work IBM is doing with the Recording Academy, and other sports and entertainment entities, to engage fans during the pandemic, parallels the innovative experiences and technology applications they bring to clients around the world.

GRAMMY Debates with Watson builds on the 2019 launch of GRAMMY Insights with Watson, an   innovative fan experience that applied AI technology to the award’s pre-show. The online and broadcast experience provided key insights in real time about the artists on screen during the GRAMMYs’ pre-show red carpet. The solution, which also leveraged NLP to mine and source insights, reached hundreds of thousands of live red-carpet viewers on GRAMMY.com, and created over 1,600,000 total instances of insights.

IBM has been a long-time partner to a range of entertainment and sports organizations, including tennis (US Open and Wimbledon), golf (Masters Tournament), football (via ESPN Fantasy Football), and has consistently applied the innovation of IBM technologies to these experiences. Through IBM’s partnerships, including a recently announced esports partnership with Blizzard Activision, the Overwatch League, IBM is able to reimagine sports, and entertainment experiences for fans, players and coaches alike, leveraging the flexibility of the hybrid cloud, and other AI-powered solutions.

Statements regarding IBM’s future direction and intent are subject to change or withdrawal without notice and represent goals and objectives only.

Previous DevOps Is Not Just Automation!

Next Cloudflare Named A Leader In DDoS Mitigation Services

What You Probably Didn’t Know About Sudo 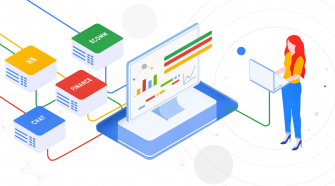