When scaling Kubernetes there are a few areas that come to mind, but if you are new to Kubernetes this can be a bit overwhelming.

In this blog post; we will briefly explain the areas that need to be considered, how KEDA aims to make application auto-scaling simple, and why Alibaba Cloud’s Enterprise Distributed Application Service (EDAS) has fully standardized on KEDA.

An introduction to scaling Kubernetes

When managing Kubernetes clusters & applications, you need to carefully monitor a variety of things such as :

In order to automate this, you’d typically set up alerts to get notified or even use auto-scaling. Kubernetes is a great platform and helps you with this out-of-the-box.

Scaling your cluster can be easily done by using the Cluster Autoscaler component that will monitor your cluster for pods that are unable to be scheduled due to resource starvation and start adding/removing nodes accordingly.

Since Cluster Autoscaler only kicks in when your pods are over-scheduled, you may have a time gap during which your workloads are not up and running.

Virtual Kubelet, a CNCF sandbox project, is a tremendous help that allows you to add a “virtual node” to your Kubernetes cluster on which pods can be scheduled.

By doing this, platform providers (such as Alibaba, Azure, HashiCorp and others) allow you to overflow your pending pods outside of your cluster until it provides the required cluster capacity to mitigate this issue.

In addition to scaling the cluster, Kubernetes allows you to easily scale your application:

All of this combined gives you a very good starting point to scale your application.

While the HPA is a great place to start, it is mainly focussed on metrics of the pods themselves allowing you to scale it based on CPU & memory. That said, you can fully configure how it should be autoscaled which makes it powerful.

While that is ideal for some workloads, you’d typically want to scale on metrics that are available somewhere else such as Prometheus, Kafka, a cloud provider, or other events.

Thanks to the external metric support, users can install metric adapters that serve a variety of metrics from external services and make them available to autoscale on by using a metric server.

There is one caveat, though, you can only run one metric server inside your cluster which means that you’ll have to choose where your custom metrics come from.

You could use Prometheus and use tools, such as Promitor, to bring your metrics from other providers and use that as a single-source-of-truth to scale on but that requires a lot of plumbing and work to scale.

There must be a simpler way… Yes, use Kubernetes Event-Driven Autoscaling (KEDA)!

What is Kubernetes Event-Driven Autoscaling (KEDA)?

Kubernetes Event-Driven Autoscaling (KEDA) is a single-purpose event-driven autoscaler for Kubernetes that can be easily added to your Kubernetes cluster to scale your applications.

It aims to make application auto-scaling dead-simple and optimize for cost by supporting scale-to-zero.

KEDA takes away all the scaling infrastructure and manages everything for you, allowing you to scale on 30+ systems or extend it with your own scalers.

Users only need to create a ScaledObject or ScaledJob that defines what you want to scale and what triggers you want to use; KEDA will handle all the rest!

And you can literally scale anything; even if it’s a CRD from another tool you are using, as long as it implements /scale subresource.

So, does KEDA reinvent the wheel? No! Instead, it extends Kubernetes by using HPAs under the hood that use our external metrics which are served from our own metrics adapter that replaces all the other adapters.

Last year, KEDA joined the CNCF as CNCF Sandbox project and is planning to propose to graduate to Incubation later this year.

Introduce Alibaba’s practice based on OAM/KubeVela and KEDA

As the major enterprise PaaS offering on Alibaba Cloud, Enterprise Distributed Application Service (EDAS) has been serving countless developers on the public cloud with massive scale for years. From an architectural perspective, EDAS is built with the KubeVela project. Its overall architecture is like the below.

In production, EDAS integrated ARMS monitoring service on Alibaba Cloud to provide monitoring and fine-grained metrics of the application. EDAS team added an ARMS Scaler to the KEDA project to perform autoscaling. They also added a couple of features and fixed some bugs in the KEDA v1 release. Including:

EDAS team is actively working on sending these fixes to KEDA upstream, though some of them have already been added to the V2 release.

Why Alibaba Cloud standardized on KEDA as their application autoscaler

When it comes to auto-scaling features, EDAS originally used the upstream Kubernetes HPA with the CPU and Memory as the two metrics in the beginning. However, as the user base grows and requirement diversifies, the EDAS team soon found the limitations of the upstream HPA:

Based on those requirements, the EDAS team started planning the new version of EDAS auto-scaling feature. In the meantime, EDAS went through an overhaul of its underlying core components by introducing OAM at the beginning of 2020. OAM gives EDAS the standardized, pluggable application definition to replace its in-house Kubernetes Application CRD. And the extensibility of this model makes it possible for EDAS to integrate with any new capability from the Kubernetes community with ease. In that context, the EDAS team tried to align the need for new auto-scaling features for EDAS with looking for a standard implementation for OAM’s autoscaling trait.

Base on the use cases, the EDAS team summarized three criteria:

After detailed evaluation, the EDAS team picked the project KEDA, which was open-sourced by Microsoft & Red Hat and has been donated to CNCF. KEDA has several useful Scalers that come by default and supports Scale to Zero out of the box. It provides fine-grained auto scaling for applications. It has the concept of Scalar and Metrics adapter, which enables powerful plugin architecture while providing a unified API layer. Most importantly, the design of KEDA focuses on autoscaling only so it can be integrated as an OAM trait at ease. Overall, KEDA is a good fit for EDAS.

As the next step, Alibaba is actively working on making KEDA trait driven by AIOps, with the goal to bring intelligent decision making to its autoscaling behavior. This will essentially enable autoscaling decisions based on expert system and historical data analysis with leverage of newly implemented application QoS trigger and database metrics trigger etc in Alibaba’s KEDA components. Thus, we will expect a more powerful, intelligent, and stable KEDA based auto-scaling capability will be shipped in KEDA soon.

Gauge The Effectiveness Of Your DevOps Organization Running In Google Cloud

4 Software Engineering Principles You Should Know 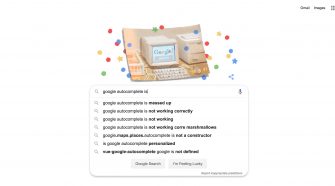