On Thursday, Hart InterCivic and Microsoft Corp. announced a partnership to incorporate ElectionGuard software developed by Microsoft into Hart’s Verity® voting systems. The partnership makes Hart the first major voting machine manufacturer in the United States to provide end-to-end verifiability to voters, giving individual voters the ability to confirm their ballots were counted in an election and not altered. End-to-end verifiability also enables independent election security experts to build verifier programs that can independently confirm the accuracy of the overall vote count for elections that incorporate ElectionGuard software.

“We believe we must constantly re-imagine how technology can make voting more secure and also more transparent, and this partnership with Microsoft is a strong step in that direction,” said Julie Mathis, CEO of Hart InterCivic. “The combination of Hart voting machines with ElectionGuard technology delivering end-to-end verifiability provides election officials the ability to offer more transparency to the process of vote tabulation. Hart’s integration of ElectionGuard into Verity builds on our existing initiatives, such as voter-verifiable paper trails, support for risk-limiting audits, and never encoding voter selections in unreadable barcodes, as part of our continued commitment to voting technology innovation that results in higher levels of voter confidence in the election process.”

“The team at Hart has done exceptional work to combine the benefits of a paper ballot-based voting system with the best the ElectionGuard technology has to offer,” said Tom Burt, corporate vice president of Customer Security and Trust at Microsoft.

“We’re excited that voters will be able to experience the confidence ElectionGuard can bring to the process while voting on machines from a company that has been supporting elections for more than a century.”

Hart will begin by testing ElectionGuard in its Verity voting system currently used by over 500 jurisdictions across 17 states. Voters in jurisdictions participating in the pilot will fill out a paper ballot by hand or use the Verity Duo ballot marking device and then place their ballot into a Verity scanner. Upon completion of the scan, the voter will be provided with an ElectionGuard-powered verification code. Once the election is complete, voters can check their verification code on a web portal to confirm their ballot was counted in the final election results. This process is done without revealing the content of the voter’s ballot, maintaining the privacy and secrecy of their selections. The election’s final tally can also be confirmed by interested third parties, who can run the results through a verifier and compare the output to the official election results.

ElectionGuard is open-source software created by Microsoft, free of charge, as part of the company’s Defending Democracy Program. ElectionGuard uses technology called homomorphic encryption to keep people’s votes secret and secure while still enabling the math required to count votes. Microsoft has conducted public demonstrations of the software and opened it to the security community for inspection and testing.

As the pilot project moves forward, Hart and Microsoft will be collecting feedback from election officials, security experts and voters. The companies will announce pilot details for an ElectionGuard-enabled Verity system at a later date.

Working side-by-side with election professionals for more than 100 years, Hart is committed to helping advance democracy one election at a time. Hart’s mission fuels our passionate customer focus and a continuous drive for technological innovation. The result is Verity® – truly different election technology. Reimagined from the inside out, Verity Voting promises to provide jurisdictions with a future-proof investment in secure, transparent voting.

Microsoft (Nasdaq “MSFT” @microsoft) enables digital transformation for the era of an intelligent cloud and an intelligent edge. Its mission is to empower every person and every organization on the planet to achieve more.

For more information, press only:

Note to editors: For more information, news and perspectives from Microsoft, please visit the Microsoft News Center at http://news.microsoft.com. Web links, telephone numbers and titles were correct at time of publication, but may have changed. For additional assistance, journalists and analysts may contact Microsoft’s Rapid Response Team or other appropriate contacts listed at http://news.microsoft.com/microsoft-public-relations-contacts.

Next Fuzzing Is Beta Ready

Disaster Recovery Plan: How To Make Sure You’re Prepared For The Worst

How To Install TensorFlow 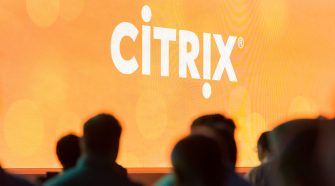