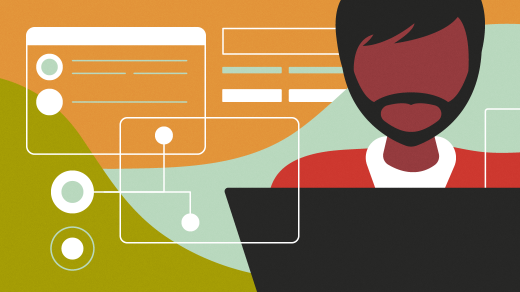 Racket is a great way to learn a language from the Scheme and Lisp families.

I am a big advocate of learning multiple programming languages. That’s mostly because I tend to get bored with the languages I use the most. It also teaches me new and interesting ways to approach programming.

Writing the same program in multiple languages is a good way to learn their differences and similarities. Previously, I wrote articles showing the same sample data plotting program written in C & C++, JavaScript with Node.js, and Python and Octave.

This article is part of another series about writing a “guess the number” game in different programming languages. In this game, the computer picks a number between one and 100 and asks you to guess it. The program loops until you make a correct guess.

Venturing into a new language always feels awkward—I feel like I am losing time since it would be much quicker to use the tools I know and use all the time. Luckily, at the start, I am also very enthusiastic about learning something new, and this helps me overcome the initial pain. And once I learn a new perspective or a solution that I would never have thought of, things become interesting! Learning new languages also helps me backport new techniques to my old and tested tools.

When I start learning a new language, I usually look for a tutorial that introduces me to its syntax. Once I have a feeling for the syntax, I start working on a program I am familiar with and look for examples that will adapt to my needs.

Racket is a programming language in the Scheme family, which is a dialect of Lisp. Lisp is also a family of languages, which can make it hard to decide which “dialect” to start with when you want to learn Lisp. All of the implementations have various degrees of compatibility, and this plethora of options might turn away newbies. I think that is a pity because these languages are really fun and stimulating!

Starting with Racket makes sense because it is very mature and versatile, and the community is very active. Since Racket is a Lisp-like language, a major characteristic is that it uses the prefix notation and a lot of parentheses. Functions and operators are applied to a list of operands by prefixing them:

This is basically all there is to know about Racket syntax; the rest is learning the functions from the documentation, which is very thorough. There are other aspects of the syntax, like keyword arguments and quoting, but you do not need them for this example.

Mastering Racket might be difficult, and its syntax might look weird (especially if you are used to languages like Python), but I find it very fun to use. A big bonus is Racket’s programming environment, DrRacket, which is very supportive, especially when you are getting started with the language.

The major Linux distributions offer packaged versions of Racket, so installation should be easy.

Guess the number game in Racket

Here is a version of the “guess the number” program written in Racket:

Save this listing to a file called guess.rkt and run it:

Here is some example output:

I’ll go through the program line by line. The first line declares the language the listing is written into: #lang racket. This might seem strange, but Racket is very good at writing interpreters for new domain-specific languages. Do not panic, though! You can use Racket as it is because it is very rich in tools.

Now for the next line. (define ...) is used to declare new variables or functions. Here, it defines a new function called inquire-user that accepts the parameter number. The number parameter is the random number that the user will have to guess. The rest of the code inside the parentheses of the define procedure is the body of the inquire-user function. Notice that the function name contains a dash; this is Racket’s idiomatic style for writing a long variable name.

This function recursively calls itself to repeat the question until the user guesses the right number. Note that I am not using loops; I feel that Racket programmers do not like loops and only use recursive functions. This approach is idiomatic to Racket, but if you prefer, loops are an option.

The first step of the inquire-user function asks the user to insert a number by writing that string to the console. Then it defines a variable called guess that contains whatever the user entered. The read-line function returns the user input as a string. The string is then converted to a number with the string->number function. After the variable definition, the cond function accepts a series of conditions. If a condition is satisfied, it executes the code inside that condition. These conditions, (> number guess) and (< number guess), are followed by two functions: a displayln that gives clues to the user and a inquire-user call. The function calls itself again when the user does not guess the right number. The else clause executes when the two conditions are not met, i.e., the user enters the correct number. The program’s guts are this inquire-user function.

However, the function still needs to be called! First, the program asks the user to guess a number between 1 and 100, and then it calls the inquire-user function with a random number. The random number is generated with the random function. You need to inform the function that you want to generate a number between 1 and 100, but the random function generates integer numbers up to max-1, so I used 101.

Learning new languages is fun! I am a big advocate of programming languages polyglotism because it brings new, interesting approaches and insights to programming. Racket is a great opportunity to start learning how to program with a Lisp-like language. I suggest you give it a try.

Next A New Protocol Buffers Generator For Go 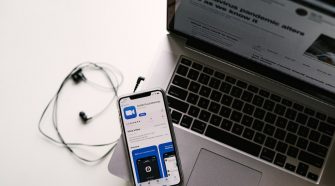