Cloud computing used to be considered a buzzword a few years ago, but as of this year, over 88% of organizations that responded to the O’Reilly Cloud Adoption survey reported using some kind of cloud computing services — from databases, analytics, servers, and even software that is delivered via the Internet. By 2025, 80% of businesses are projected to fully move to the cloud.

Amazon Web Services (AWS) is one of the most popular cloud providers and has over 175 cloud computing applications, from simple S3 storage to complex autonomous vehicles.

While AI applications served over the cloud are fascinating, the majority of companies that use cloud applications use it for networking and storage.

It’s a fantastic time to explore a career in cloud development. Cloud Developers are a hot commodity, and as more and more companies adopt cloud computing services cloud computing skills will become even more invaluable.

A Day in the Life of a Cloud Developer

Cloud Developers create applications that are served on the cloud. The work they do is very similar to software engineers or web engineers, except that the programs Cloud Developers make run on virtual systems. This adds an extra layer of complication (especially in architecting the systems) for matters like security and efficiency.

The day-to-day work of a Cloud Developer is similar to that of any software engineer. They will spend time analyzing customer needs, designing systems and solutions, coding, and debugging.

Cloud Developer Skills: What do You Need Today?

Cloud Developers are essentially software engineers with a specialization in cloud computing. That means on top of development experience, Cloud Developers must have a solid understanding of cloud systems — not only how they operate, but how to deploy them securely, efficiently, and with little-to-no downtime.

How Much Does a Cloud Developer Make?

According to ZipRecruiter, Cloud Developers make over $120,000 a year on average, with top earners bringing in almost $185,000 a year. Glassdoor and Paysa both have more conservative estimates, with the average salary for a Cloud Developer closer to the $90,000 a year range.

Should You Become a Cloud Developer?

The time has never been better to break into cloud computing. By 2023, the public service cloud market is projected to reach over $600 billion.

For these projections to come true, a lot of new tools will need to be built and companies will be desperate to hire people with the right expertise to help them.

Next Simplifying SaaS, PaaS, And IaaS

PyCon 2019 | A Guide To Software Engineering For Visually Impaired 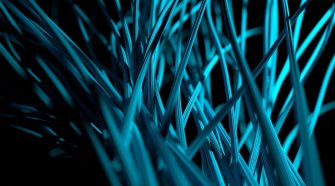