For most people, a tool is something you hold in your hand: pliers, hammer, screwdriver. Inside an Intel chip factory, a tool is a whole different deal. Fab tools are huge and hugely costly and take entire teams to muscle into place and install.

At the company’s massive $3 billion Mod3 factory expansion, the first tool rolled in. The honor went to a thin film deposition tool. It arrived not in a leather tool belt, but aboard two semitractor-trailers. Once completed and hooked up, it will weigh 10 tons. And by the time the Mod3 project is done in about six months, the thin film deposition tool will be joined by more than a dozen like it. A typical Intel fab, once built out, is stuffed with about 1,200 chipmaking tools, many of them costing millions of dollars apiece.

To satisfy the mushrooming global demand for computer chips, Intel is building or expanding factories in Arizona, New Mexico, Ireland, Israel and Costa Rica. And CEO Pat Gelsinger has told the tech world to stay tuned for news of more Intel fabs around the world.

Intel (Nasdaq: INTC) is an industry leader, creating world-changing technology that enables global progress and enriches lives. Inspired by Moore’s Law, we continuously work to advance the design and manufacturing of semiconductors to help address our customers’ greatest challenges. By embedding intelligence in the cloud, network, edge and every kind of computing device, we unleash the potential of data to transform business and society for the better. To learn more about Intel’s innovations, go to newsroom.intel.com and intel.com.

Previous What Is OpenTelemetry And Why Is It The Future Of Instrumentation?

Next Dealing With Burnout In Open Source 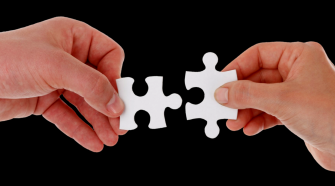