Microsoft’s big new Windows 11 update is now available as a free upgrade for computers that support it. I’ll show you how to check if it works with your PC, and how to download Windows 11 if your computer meets the requirements.

The release is a milestone for Microsoft, the world’s second most valuable public company, which derives 14% of revenue from Windows even as it becomes a leading cloud infrastructure provider. Microsoft has maintained a dominant position in the PC operating systems for decades but hadn’t released a new version since 2015 when Windows 10 first launched. Windows 11 might help Microsoft sustain revenue growth from computer makers like Dell, HP and Lenovo that license its software.

Windows 11 boasts several enhancements. Microsoft redesigned the Start menu, placing the Start button in the center of the taskbar at the bottom of the screen, so people can save time trying to reach it. There are new touch gestures to control Windows and new buttons for easily arranging app windows. Eventually, Android apps will be available through Amazon’s Appstore. And Microsoft will come out with a single feature update each year instead of two.

How it’s rolling out

First, know that it might not be available for your computer just yet.

Microsoft is offering Windows 11 to newer PCs with Windows 10 installed. It will use data to figure out when other PCs will get the upgrade. This is similar to how Microsoft has determined which devices received Windows 10 features updates for the past few years. And it’s different than how Apple handles updates since Microsoft has to work with lots of partners that also sell Windows computers.

But, Microsoft said it expects all devices on Windows 10 that meet the Windows 11 system requirements to receive an offer to upgrade by the middle of 2022.

Also, the company might hold off on providing the upgrade for specific PC models in order to minimize issues. If that happens, the Windows release health website will provide more details.

How to get Windows 11

Your computer will begin downloading the files, and you’ll see a screen that looks like this:

The Windows 11 Installation Assistant will install Windows 11 for you, just wait and let it do its thing. The timing will vary on how fast your computer and internet connection are, but plan for an hour or more. You can still use your computer while Windows 11 installs in the background. Just keep an eye on the installer, which recommends you save your work frequently. Your computer will restart 30 minutes after it hits 100%.

When it’s done, you’ll see the new Windows 11 home screen. That’s it! You’ll find it’s pretty familiar, except the Start button is in the middle of the screen with the rest of your taskbar apps.

How to go back to Windows 10

You can go back to Windows 10 if you install Windows 11 and decide you don’t like it, but Microsoft will only let you revert during the first 10 days after you upgrade. Just do this:

What about the future of Windows 10?

Windows 10 is the world’s most popular operating system, with more than 1.3 billion monthly active devices. Microsoft won’t force everyone to move on from it. So, if you’re happy with Windows 10 for now, you can stick with it for the next four years.

Microsoft is still planning Windows 10 feature update prioritizing productivity and security, which will arrive later this year. It will stop supporting Windows 10 in October 2025.

This article was originally appeared in CNBC.

Previous Why We Open Sourced Our Security Project

Next To Avoid Cyberattacks, Companies Need To Think Like Hackers 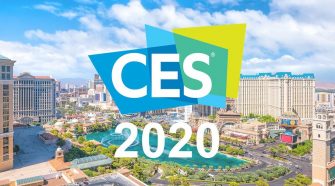