The damage related to cybercrime is projected to hit $6 trillion annually by 2021, according to Cybersecurity Ventures. To give you a better view of the current state of overall security, we’ve collected 29 vital statistics about data breaches, hacking, industry-specific statistics, as well as spending and costs.

Some organizations experienced a data breach during 2019. It put their business: reputation, customers and partners at high risk. To keep your organization out of this experience, it’s important to understand the most common causes of data breaches.

8 Most Common Causes of Data Breach

The growth of large-scale breaches represents us a growing trend of security violations both in numbers and their severity. Data breaches expose sensitive information that often leaves users at risk for identity theft, ruin companies’ reputations and leave the company liable for compliance violations.

As holistic cybersecurity management and awareness solution, Cyber Observer provides you with real-time insights on your current cybersecurity line-of-defense status behaviour. Empowered with comprehensive awareness, you can easily identify weaknesses, reduce mean-time-to-detect and improve the ability to prevent and detect cyber-attacks.

It’s critical to have a general view of metrics surrounding cybersecurity issues in terms of their type and origins as there are many and they vary greatly. Mostly, cyberattacks include:

Finance and Healthcare are the most popular targets among hackers. Sadly, in general, no one is safe nowadays. Additionally, SMBs were widely targeted in 2019 due to the perception that they possess fewer security capabilities in place.

To improve and raise your Cybersecurity posture and awareness you don’t need to invest endlessly in new security tools. The truth is that 80% of data breaches can be prevented with basic actions, such as vulnerability assessments, patching, and proper configurations (read more about Cyber Observer’s Continuous Tools Status here)

Although the reality is challenging, and a future is not promising to be better in terms of cybersecurity threats and malicious attacks, we are here to address your challenges and to help you realize your cybersecurity status, its capabilities and provide you recommendations for improving overall cybersecurity.

This feature was originally published in Cybercrime Magazine.

Next What New Trends Will Appear In 2022 In The Software Testing Sector? 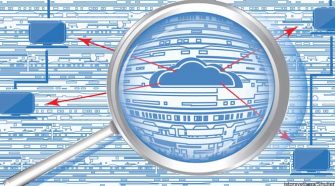