When you start learning how to code your main focus is writing code that works correctly for the problem you are solving. Yes, code needs to work correctly and that is a good place to start learning. However, in a real work environment, you also want to ensure you write clean code.

Clean code is readable, extensible, changeable, and maintainable. These are all important qualities for a codebase to have.

In many professional settings, you are not writing code in complete isolation. There are other people you work with on a team. Your teammates need to be able to easily understand the code you write. They need to understand what it does, how it works, and why it was written that way. It may also be your future self coming back to code you wrote in the past and you will also need to easily understand your code.

Code is read more than it is written. To write code we are constantly reading it. So even if readable code is harder to write we should invest time to do it instead of writing easy unreadable code. Writing clean code is an important skill for any professional developer.

In this article, we are going to learn about the importance of Naming in writing clean code.

Naming is a crucial and daily task for developers in any programming language. It can either make code very hard to understand or if done well, easy to understand.

Names are all over the software developers write. When coding, you should consider naming variables, functions, arguments, classes, packages, source files, and directories that contain those source files, etc.

Below are some popular quotes on naming in programming.

“There are only two hard things in Computer Science: cache invalidation and naming things.” – Phil Karlton

The names you use in your code must be clear and understandable. Choose descriptive and unambiguous names. You should focus on the principle of least surprise. Aim to write code that other people would expect and try not to surprise them with some clever complexities.

The name of a variable, function, or class, should answer all the big questions. It should tell you why it exists, what it does, and how it is used. If a name requires a comment, then the name is not intention revealing.

use the cleaner version below

Classes and objects should have noun or noun phrase names

Classes and objects describe things so their names in code should be a noun or noun phrase. Names such as User, Student, Account, and ErrorLogger are good names for classes and objects. Avoid words like Manager, Processor, Data, or Info in the name of a class. A class name should not be a verb.

Methods/Functions should have verb or verb phrase names

Methods/Functions perform an action in the code so their names should be a verb or verb phrase. Names such as deleteApplication, createUser, or save are good names for methods/functions. By design, a function should have only one responsibility. If the name is anything other than a verb, then either you are naming it wrong or there are some problems in the architecture.

You should try to use the same word for the same purpose across the codebase. Avoid using different but similar words to define the same concepts. For example, the three method/function calls below could mean the same thing.

Don’t use fetch, get and retrieve in the same project for the same responsibility.

Use pronounceable and searchable names

When naming things in your code use words that can be pronounced rather than using non-pronounceable words.

use the cleaner version below

When you are using some constant values define them using searchable words. It makes them more understandable to other developers.

create a named constant and use it like this:

When you name your variables avoid appending type information to them. It should be clear from the name of the variable what data it stores and developers can infer the type from there. There is no need to mention the data type in the name.

Use the cleaner version below:

Don’t Be Offensive / Don’t Be A Comedian

Remain professional in how you name things in your code. Do not be offensive or try to be a comedian by giving a variable a funny name. Remember, you are writing production code that other software developers will need to understand easily in the future. Your naming conventions should be generic and should not include any cultural slang.

use the cleaner and professional version below

In this article, we have explored some of the best practices for naming things in your code, and some things you should avoid doing. Naming may appear to be a small part of a software developer’s job but it is very important and can be the main difference between having a clean codebase that is a joy to work with or a complex codebase that is difficult to understand and navigate.

You should never ignore the importance of naming practices in your codebase as bad names will become a big hurdle in future development plans. Changing the codebase at that point is unnecessary overhead and can be avoided in the very beginning by following good practices.

This article was originally published on The New Developer.

Next AWS Announces General Availability Of The AWS Panorama Appliance

Why We Open Sourced Our Security Project

How To Publish Applications To Our Users Globally With Cloud DNS Routing Policies? 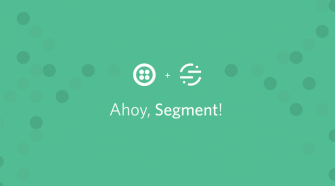