Historically, many employers have limited their searches for entry-level technical talent to universities with top-ranked computer science programs. As the world begins to emerge from COVID-19 – with companies hiring in droves and demand for software developers far outweighing supply – it’s an ideal time to rethink that approach. To remain competitive, employers must seek tech talent in new places.

To help them find it, we analyzed more than 1 million certification attempts conducted by university students on HackerRank’s platform, then found which universities around the world have the largest populations of students with these skills–many of which companies are hiring for. This can serve as a guide for companies looking to attract new talent that will power their innovation as global economies reopen.

What are students’ strongest language skills?

We started by evaluating student certification success rates in the languages they test themselves on most frequently. Several of these languages – namely JavaScript, Python, Java and Go – are also among the top language skills companies are looking for.

% of certified students globally for the most popular skills.

Python, SQL and Java stay strong; Go goes mainstream: Python is developers’ most preferred language in which to earn certifications, and the second most in-demand by companies. Its versatility means it’s loved by beginner developers and those working on heavy industrial applications alike. SQL skills are crucial for budding data scientists – a role that’s seeing steady growth in demand – and most companies still need these skills to access data stored in a relational database. SQL continues to hold strong among students, and we see similar success with Java certifications. Go is the popular new kid on the block: developed by three Google employees to solve pain points of building with other languages, its speed, lack of huge documentation and concurrency mean it’s gaining traction with big names across the industry including Uber, Dropbox, and (of course) Google.

JavaScript and Rest API skills are less strong among early talent: Despite its widespread use by companies like Netflix, PayPal and Instagram, there is a palpable dislike of JavaScript in the developer community, and its certification success rate hovers at just 27%. Still, it’s the top skill companies are seeking. Meanwhile, companies like Twitter and Slack moving away from REST means developers are less interested in learning it.

Around the world, which universities do students with these skills attend?

Technical Talent Is Dispersed Across the U.S.

As more American companies embrace long-term remote or hybrid work, they have their pick of top tech talent across several U.S. regions – and beyond schools with computer science programs that often top academic rankings, like Carnegie Mellon University or MIT. When we examine practical skills, students at New Jersey Institute of Technology top the charts in four out of five languages, while there are pockets of great talent just outside New York City at State University of New York at Buffalo and Rochester. Moving west, top talent emerges at University of Texas at Arlington and Dallas – notable as some companies open new office spaces in Texas. Oregon State University is another standout.

University of Mumbai and PICT Take the Lead in India

In India, University of Mumbai leads skilled tech talent pools for Python, Javascript, and REST API, while PICT has the country’s best Java and SQL early talent pools. VIT, Chennai also makes a strong showing across languages. Historically, companies have searched for top tech talent in India only in the IITs, NITs and BITS – especially because hiring managers didn’t have the bandwidth to conduct in-person interviews at more universities in such a large talent market. With the emergence of platforms like HackerRank, this challenge is fading. Now, hiring managers can quickly assess candidates’ skills remotely.

Companies seeking tech talent across other countries in APAC can find highly skilled students in Bangladesh, Indonesia and Sri Lanka, at schools including Rajshahi University of Engineering and Technology, Binus University and University of Peradeniya. Strong tech talent will likely continue to emerge in this region over the coming years: Indonesia is now among the top ten countries with the most billion-dollar startups, while the young labor forces in Bangladesh and Sri Lanka are growing.

From Ireland to Turkey: University Talent Rises Across EMEA

While traditionally highly-ranked European computer science programs like the University of Oxford and ETH Zurich make appearances, the distribution of early tech talent in Europe is much more widespread than many traditional rankings suggest. Universities in Switzerland, Ireland, Germany and England hold the top honors for students with Python and Rest API skills. For companies looking to expand outside high cost countries, several schools in Egypt, Turkey and Poland offer students with Java and SQL chops.

These findings build upon our 2019 analysis of university students’ skills, showcasing the wealth of global tech talent beyond traditional high-ranking programs. Now more than ever, it’s critical for companies to quickly find, attract and hire that talent as they strive to innovate in a digital- and remote-first world.

Between January 2020 and April 2021, HackerRank reviewed more than 1 million certification attempts in 14 skills made by university students. This included 1149 universities from 102 different countries. We included universities with only statistically significant volumes of attempts, including (but not limited to) those like MIT, Stanford University, Harvard University, CalTech and the University of Illinois. From this data, we established a performance-based University ranking for different skills.

This feature was originally appeared in HackerRank blog.

How To Create Ephemeral Environments Using Crossplane And ArgoCD? 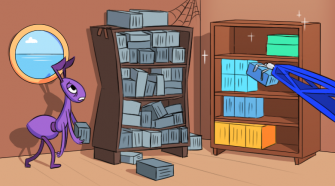