Why Do People Say: “Developers Are Lazy”?

What does it mean to be lazy?

According to the Cambridge dictionary, it means to: “not be willing to work or use any effort.”

But how does that translate into a programmer’s job?

Being a Developer, the Hard way

Without a doubt, the work of a programmer is full of challenges. But what makes a programmer ‘good’ or ‘bad’ at his or her job?

I often hear that the best programmers are the lazy ones. The Internet even promotes such an attitude in a developer’s work! However, it seems that, that expression oversimplifies the issue very much.

First of all, you can’t be lazy and also become a programmer.

Programming is not a piece of cake. You won’t learn it with an attitude of: “I’m not willing to work or use any effort.”

Willingness to work and invest energy will be crucial here!

You also won’t become a programmer in one night. For example, it took me almost a year to learn to program in Javascript! And it was a year full of problems! Sometimes I lost hope that it would even be possible. It was a relentless battle of difficulties.

A lazy person wouldn’t be able to handle it. They would just give up.

Coders approach life in an efficient way. According to them, it’s all about making your life easier instead of doing the same boring stuff over and over again!

Why spend countless hours on routine tasks if you can create a program to do the same thing almost instantly?

Programmers are often employed because they can solve problems effectively!

Let’s consider that for a moment: Is it really a sign of laziness? In a sense. However, I would prefer to call it efficiency mixed with impatience and willingness to improve work and make life easier.

To execute this sample script that does something for you, you need to put sophisticated work into it. It will not do itself 🙂 ( at least until you program it to ;)).

I also often hear that ‘a lazy developer doesn’t want to waste time on repetitive, boring activities’. But is this really about being lazy? Or maybe is more about good problem-solving skills.

We also touch on one more critical issue here: too much diligence.

Another thing to note is that you can be the hardest-working programmer in the world, but be inefficient. In other words, only work to work. That may result in you actually not being good at what you do.

The saying “work smart, not hard” is applicable for programmers.

We can call it laziness, efficiency, and wisdom, but – as with most other things – context is really important. Personally, I think this ‘lazy’ term is overused.

What are your thoughts on this subject matter?

This feature was originally appeared in hackernoon. 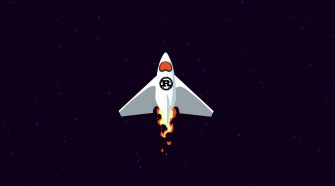 Why Choose Rust As Your Next Programming Language