Stijn Stabel’s first days as CTO of Carrefour Belgium were… challenging. “The data center was out of date with a roof that leaked,” he recalls. Not quite what one would expect from the eighth-largest retailer in the world.

Carrefour is a household name in Europe, Asia, and the Middle East, operating over 12,000 hypermarkets, groceries, and convenience stores in more than 30 countries. Carrefour Belgium has more than 10,000 employees operating 700 stores along with an eCommerce business. Nonetheless, Stabel’s ambitions were ambitious: “Our goal is to become a digital retail company,” he says. “We want to move quickly from being a slow mover in digital transformation to becoming trailblazing. That’s one of the coolest challenges you can have as a CTO.”

Three years later, Carrefour Belgium is well along the path to achieving that goal, having migrated nearly all of its SAP application stack to Google Cloud, including finance, HR, and others. “We’re really going headfirst and full-on. It’s a huge challenge, but it’s definitely one of the most exciting transformations I have seen so far,” he says.

The challenges that Carrefour Belgium faced were more than just an aging data center. With systems divided between two private clouds, there was no efficient way to leverage data for the advanced analytics Stabel knew the company would need to compete. “The world is changing at a record pace,” he says. “Either you’re keeping up with that or you’re not. Standing still means basically choosing to give up on the company’s progress — and at some point, to really give up on the company altogether.”

This is especially true, he says, when it comes to creating a seamless customer experience both online and in stores. “Everything in the store will be digital,” he says. “How much longer are people going to put up with price tags printed on paper that have to be changed over and over? How long will it be acceptable to maintain a large ecological footprint? Sustainability will be increasingly important.”

Olivier Luxon, Carrefour Belgium’s CIO, agrees, emphasizing the centrality of customer experience in everything the company does and how quickly customer needs shifted due to the global pandemic. “What we really saw with COVID was customers seeking more digital services. That had been a trend previously, but it accelerated dramatically with COVID.”

The decision to move SAP to Google Cloud

Carrefour Belgium’s migration strategy has been to lift and shift its legacy SAP ERP Central Component (ECC) environment before doing a greenfield implementation of S/4HANA on Google Cloud, a process that is already underway. Currently, the HR module has been upgraded to S/4HANA, with retail operations to follow.

It’s still early days, but the move to Google Cloud has already paid dividends in improved performance for back office operations, which, Olivier points out, frees time and resources to devote to serving customers better. Eventually, he feels that SAP on Google Cloud will have a direct impact on customer experience, particularly given the opportunities that data analytics will provide to better understand customer needs and meet them more effectively. “Data is becoming more and more important, not only for Carrefour, but for all the companies in the world,” Olivier says. “It drives personalized customer experience, promotions, operational efficiency, and finance. If you don’t set up the right data architecture on Day One, it will be close to impossible to be efficient as a company in a few years from now.”

In the end, the goal is to provide Carrefour Belgium the tools it needs to serve customers better. “SAP supports our business by giving us the right tools and processes to manage areas including supply chain, finance, HR, and retail,” Olivier says. “What was missing, however, was the availability, scalability, and security we needed to better serve our employees, stores and customers, and that’s something we got by moving to Google Cloud.” And by moving to Google Cloud — which has been carbon neutral since 2007 and is committed to operating entirely carbon-free by 2030 — Carrefour is also able to pursue its sustainability objectives simply by modernizing its business operations in the cloud.

“Google is a company that eats, breathes, and sleeps digital,” Stabel says. “At its heart, Carrefour is a retail company. We know how to be a retailer. Our partnership is a cross-pollination. What I’m really looking forward to is continuing to learn from Google Cloud and see what other solutions we can adopt to improve Carrefour Belgium and better serve our users &  customers.”

Learn more about Carrefour Belgium’s deployment and how you can accelerate your organization’s digital transformation by moving your SAP environment to Google Cloud.

Previous Prepare For 2022 With These Developer Tools 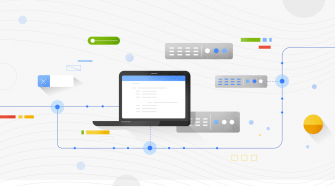