When moving software applications from on-premise hardware to the cloud, it often “just works,” but it’s never guaranteed. This is especially the case for applications that are hardware intensive. This blog post examines what happened when a media company took software for real-time video broadcasts into the cloud. We’ll share how we, Google Cloud, collaborated with media software provider Vizrt to meet the demanding requirements of an eSports broadcaster. Together, we delivered a solution that not only met but exceeded the expected performance from a cloud-based deployment.

Video broadcasting in the cloud

Video broadcasts are a very hardware-intensive workflow. By needing to process and store data streams in near-real-time, broadcasts stress GPU, memory, disk, and CPU. In addition, the performance requirements quickly increase as producers add additional video streams into the mix, such as in this case, an eSports broadcast.

Vizrt’s customer wanted to increase their broadcast production by doubling the amount of camera feeds from 8 to 16, to have a more compelling and elaborate production.

At the heart of the eSports broadcasters’ production was Viz Vectar Plus, Vizrt’s software-based 4K switcher. While the client wanted to move more of its production into the cloud, Viz Vectar Plus was designed initially for on-premise hardware. So, when they tried a straightforward “lift and shift ” to the cloud, it surprised no one that the software didn’t run as well. They turned to Google Cloud and Vizrt to make it run the way they needed it to.

Initially, we suspected that the issue could be in the design of the cloud deployment, i.e., the configuration of the VM hosting the software. So the focus of our troubleshooting was to find a cloud configuration that 1) made sure the software worked to spec and 2) did so optimally considering costs, robustness, and performance. Furthermore, we wanted to ensure that all components met performance specifications, particularly throughput, IOPS, and network bandwidth, as this was a video media application. Only after we validated the cloud deployment would we ask Vizrt to investigate the code itself. We would:

This high-level methodology is straightforward. However, we approached the details in a particular order, considering we were optimizing for broadcast video. We honed in on the optimal cloud configuration by testing the following elements, prioritized in order of expected impact:

After our testing, we arrived at the following optimal configuration:

This configuration was able to produce between 6 – 12 streams. Compared to the on-premise target of 8 streams, this was about as good but was not the customer’s target of 16. So we would need Vizrt to take the ball from here to optimize the software itself.

We provided Vizrt our recommended configuration, performance notes, and the following best practices that are generally applicable to cloud-based video workloads:

With this information, Vizrt engineers worked their magic, providing daily patches to test; with each daily iteration the overall solution was found quickly. Not only were they able to meet the broadcaster’s request of 16 feeds, but they were also able to go even further to 44. Over a 5x improvement by optimizing for the cloud!

Because of the specialized nature of media and entertainment, workflow situations across multiple companies are common as specialized applications hand their work from one to another.

“By working in partnership with Google Cloud we managed to build a system that can scale in ways that probably none of us thought would be possible. This allowed Viz Vectar Plus to run fully in the cloud using NDI and opened up amazing possibilities for making shows,” Dr. Andrew Cross, President R&D, Vizrt Group. “We ended up with great feedback from the customer, who were appreciative of how Google Cloud and Vizrt collaborated on a solution.”

The results speak for themselves: A satisfied customer with over a 5x improvement in results. That’s what we call a good game.

Next Sony Electronics Introduces LinkBuds, A New Frontier For Headphones

How Fleet Management Gets Easier With Smart Analytics On Google Cloud

What Type Of Authentication Is Best For VMs? A Conversation 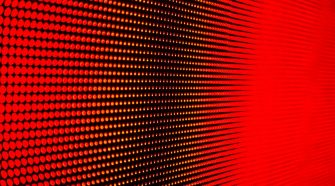